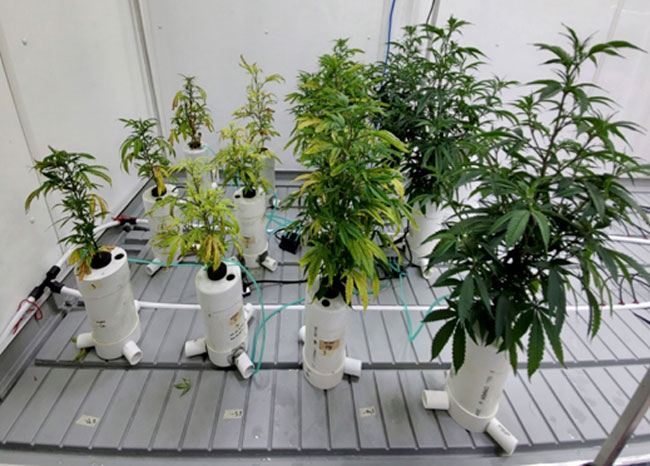 Figure 1.0: Visual representation showing where each plant was placed based on their deficiency and their allocated number

Have you ever thought of the basic needs of plants? Normally when we think of this question, the answer is sunlight, soil, water, oxygen and food. But what is defined as plant food?

Plant fertilizers, or “food,” include both macronutrients and micronutrients. These two categories of elements are equally as important, and without one, the function of the others may be hindered resulting in serious growth and nutritional problems in plants. Magnesium (Mg), calcium (Ca) and sulfur (S) are all secondary macronutrients. These work alongside Nitrogen (N), Phosphorous (P) and Potassium (K) in activities such as cell wall formation, protein synthesis, as well as energy storage and transfer. Each of these macronutrients aid in different areas of the plant’s growth, and when a plant is deficient in any of these elements, there are specific plant symptoms that can be observed.

Magnesium is an important nutrient in plants as it helps in protein synthesis, it stabilizes the cell membrane, it helps with the metabolism of carbohydrates and it aids in the production of chlorophyll – a green photosynthetic pigment allowing for photosynthesis to occur. Since Mg is mobile in the plant, when the plant is deficient in this nutrient it will re-allocate its nutrients from the lower leaves to the newest growth at the top of the foliage causing visible interveinal leaf chlorosis (yellowing between the veins). With this deficiency, plant growth will be impacted causing shorter roots and shoots – called, stunting.

Calcium is a nutrient that is useful in strengthening the cell walls and also plays major roles in the signaling of cellular activity in the tissues. Without this nutrient, and the activation

of signaling enzymes, you will notice distorted growth from improper cell wall formation, resulting in a reduction of plant tissues (roots, shoots and foliage). Since calcium is immobile in the plant, it is unable to move from the lower leaves to the newer growth when there is a deficiency; so you will see plant health decline in the newer top leaves of the plant.

Sulfur is also a vital element in a plant’s life cycle. Without this nutrient the plants would be unable to create essential proteins, vitamins, enzymes and amino acids like cystine and methionine. Sulfur is also used for seed formation and can also act as a fungicide, preventing fungal spores from germinating. With this spore reduction, the plant is more easily able to reduce the spread of certain plant diseases such as black spot disease, rusts and powdery mildew.

Methodology
Twelve students attending Niagara College’s Commercial Cannabis Production Program conducted a research project that involved comparing our fully fertilized controls with other plants deficient in either Ca, S or Mg. This experiment was performed to see the effects the removal of a nutrient would have on the growth of roots and shoots, as well as the chlorophyll levels present in the upper and lower leaves.

We had separate deep-water culture units for all 12 of our plants to ensure accuracy and efficiency when topping up our system. Since our trial was conducted in a deep-water system, it was imperative that we add an air stone to each unit to allow for an increased amount of oxygen. Our clones were all taken from the same mother plant – White Shark – and were dipped in Clonex rooting gel to allow for greater production of roots during propagation. On Sept. 24, 2019, all 12 clones were placed in their appropriate units. Each one of the clones were similar in height, colour and health. All environmental controls including DLI, energy, temperature, humidity, CO2 and light were measured throughout the trial and were recorded. Two separate lab groups measured the plants’ roots and shoots and recorded the chlorophyll content of the leaves in the upper most recent leaves and in the bottom leaves every two weeks for a total of three times.

Table 1.0: Averages of different environmental controls during September and October and the smallest and largest value recorded for each.

Figure 2.0: A visual representation of the root vs. shoot growth during the course of our five-week nutrient deficiency trial. In a-d, the first image was taken Sept. 30, 2019, the second image was taken Oct. 15, 2019 and the third image was taken Oct. 28, 2019. Boxes a through d represent Ca, S, Mg and our Control, respectively. Only one of three from each section was used to create the time lapse effect.

Results
At the beginning of our trial, all 12 clones were very healthy and were similar in height. Throughout the trial, we noticed a constant and obvious decline in plant health in all of our deficient plants (Figures 2.0 a-c). Our controls were always healthy with steady shoot height and root growth, the colour remained a nice pigment of green and the chlorophyll levels were within ideal photosynthetic ranges (Figure 2.0 d).

Chlorophyll: During Week 0 and Week 2, the chlorophyll concentrations on the top and bottom leaves of all plants were similar – ranging from 42 to 68.6 with an average of 55. Being that the control had all the necessary nutrients for proper chlorophyll production, we used these as our standard when taking readings. Throughout the course of our trial, the overall difference of chlorophyll concentration on the lower leaves between our control and Mg, Ca and S were 38.8, 46.7 and 60.3 per cent less, respectively. Whereas for the top leaves, the overall concentrations had a difference of 46, 58.6 and 51.2 per cent less than the top leaves of our controls. When looking at Figure 2.0, we can clearly see a loss of pigmentation from Week 0 through to Week 5; therefore a smaller concentration will be read on more yellow/brown leaves and a higher value will be recorded on greener leaves. Based on our results, the chlorophyll concentrations on our sulfur-deficient plants showed the largest loss of green photosynthetic pigment in comparison to Mg- and Ca-deficient plants.

Roots and Shoots: During the five-week trial, the controls that were given proper nutrients grew up to 62 cm tall and had the longest recorded roots of 74 cm. In comparison to our controls, our deficient plants were not as successful in shoot growth or in root growth. It was observed that all nine of our plants that were deficient in either Mg, Ca or S had yellowing or browning of the roots, and in all cases, started forming a ball. We also noticed significant stunting in the calcium-deficient plants in comparison to the other plants, with a total height of 28.8 cm in the shoots and a total length of 28 cm in the roots. Foliage was also noticeably different in all three plant groupings. Calcium-deficient plants showed signs of curling and browning of the leaves together with stunted growth; sulfur-deficient plants showed leaf chlorosis of the new growth, followed by complete plant necrosis; and lastly, magnesium-deficient plants exhibited increasing signs of interveinal chlorosis starting in the older bottom leaves, followed by a change of colour, from dark green to pale green to yellow.

Conclusion
Proper nutrition is very important for the growth and overall success of all living organisms. In plants, nutrients allow the cells and tissues to perform specific functions that will help them to grow, reproduce and survive. Based on our nutrient deficiency trial, in which we compared the effects of removing either magnesium, calcium or sulfur from our nutrient stock solution, we noticed that the root growth was highly impacted turning them brown or clumping them together from the lack of cell wall formation. We also noticed major dwarfing in the shoots.

Lastly, the foliage was greatly reduced in size and the leaves were curling, changing colours and most were even necrotic. We have determined that although Mg, Ca and S are secondary macronutrients, and are needed in smaller quantities, that they still play a vital role for the overall success of the plant.

Monica Maillé holds a BSc in Biology from Laurentian University and is a graduate of the post graduate Commercial Cannabis Production program at Niagara College. She is currently working with a licensed producer in the Niagara region.