MONTREAL – The hot button issues of sexual harassment in the workplace and cannabis legalization joined a leading Canadian law firm's annual top 10 list of legal risks for businesses in 2018. 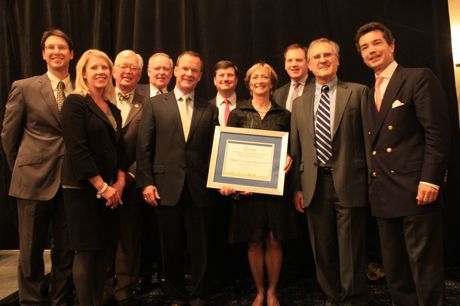 Borden Ladner Gervais LLP included sexual harassment in its annual list of legal risks for businesses after a series of celebrities, media personalities, politicians and others have been accused of misconduct in recent months.

The #MeToo movement began in a challenge of systematic harassment and abuse of women following the October takedown of Hollywood producer and alleged sexual predator Harvey Weinstein.

Law firm partner Andrew Harrison said that while businesses can’t change the past, they can take proactive steps to manage the risks going forward.

“People are now feeling more empowered to come forward with these types of complaints where they would have otherwise stayed silent as many people have for a long time,” he said in an interview.

“So I do think that there’s a greater risk of these types of claims coming forward in the future.”

Borden Ladner Gervais suggests that employers undertake a thorough review of their harassment-related policies and procedures to ensure they meet legal obligations and encourage victims to step forward and report misconduct in a timely manner.

They should have resources implement employee hotlines, and designate company representatives to promptly respond to, investigate and resolve complaints. Three-quarters of those who experienced sexual harassment faced obstacles trying to resolve the issues, said the report.

The law firm said employers should also be proactive by promoting harassment policies, clarify expectations about workplace conduct and have regular training sessions to clarify standards of conduct for everyone.

Ultimately, companies need to send a clear message to employees that inappropriate behaviour in the workplace is unacceptable, Harrison added.

Since companies and alleged perpetrators are often sued, the law firm said steps taken by employers can limit their liability.

Harrison said Borden Ladner Gervais publishes the annual report so companies can understand their legal risks and can take appropriate steps and seize opportunities if their competitors aren’t as alert to the challenges.

Also included in this year’s list is the planned legalization of cannabis as of July 1.

Harrison said the risk largely stems from the fact that legislation and the regulatory environment surrounding the drug remains uncertain.

“The risk there is more the uncertainty of opening up this new market and nobody really being certain of how the rules are going to affect them,” he said.

Harrison said companies should seek advisers to understand the rules and offer the best advice on how to be legally compliant.

Being a new, potentially lucrative, industry, there is a lot of money flowing in capital markets, but there is also risk of takeover bids and acquisitions.

“If you’re a small player there’s a pretty good risk in a very young industry that you would be for example a target of a takeover bid – that you may not control your destiny in the way you might in a more mature industry,” he said.

The Canadian Chamber of Commerce, which partnered on this year’s legal risk list, said companies need to be aware of the risks to mitigate their impact and to help them seize growth opportunities.

By Ross Marowits, The Canadian Press
Print this page