Features Extraction
Should we fear phytol? 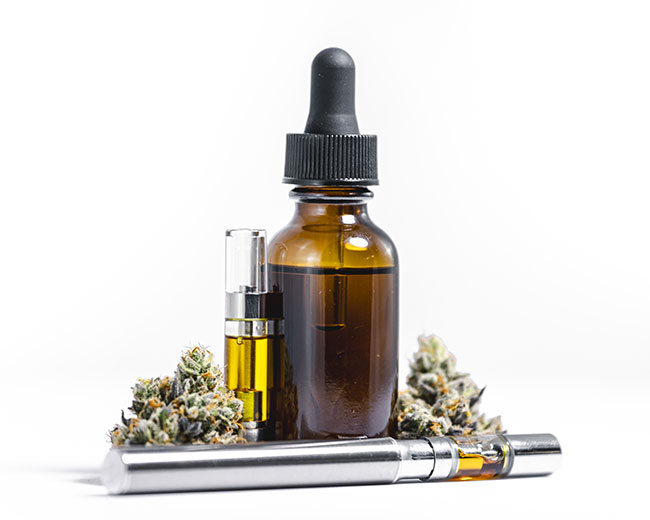 Phytol has been a hot topic in the cannabis industry recently, following a study commissioned by Canadian cannabis producer, Canopy Growth Corp., which was released late in 2020.

But what is phytol and why is it making waves?

First, getting technical, phytol is an acyclic diterpene alcohol and a constituent of chlorophyll. Phytol exists naturally in many different plants (and some insects), and is found in trace amounts in cannabis from the breakdown of chlorophyll in the plant matter.

While many different terpenes are present in cannabis, phytol exists in these small amounts only as a byproduct of the breakdown of chlorophyll, especially as the plant dries. Like all other terpenes, it can be extracted directly from cannabis but is much more commonly found in other botanical sources or manufactured synthetically in a lab.

Phytol, like many other terpenes, is used as a chemical in an array of products like soaps, cleaning supplies, shampoos, and more.

It is also sometimes used as an ingredient in cannabis vape pens, generally from a synthetic or botanical source (rather than cannabis-derived), primarily as a thinning agent for cannabis distillate. Cannabis distillate on its own is generally too thick to work in vape carts and requires something added to thin the solution. In order to be able to move the cannabis through the wick or coil of a vape cart so the user can inhale the heated vapour, a certain low viscosity needs to be maintained.

Manufacturers have been experimenting for years with different thinning agents, and terpenes like phytol are common, sometimes seen as being healthy because they are ‘natural’ or occur naturally in cannabis.

Phytol’s more recent use as a thinning agent for vape pens emerged largely as a response to health concerns with other thinning agents like propylene glycol and vitamin E acetate. The latter has caused numerous health concerns, especially in the U.S., as it has been connected with issues related to the lungs after heated inhalation (sometimes called EVALI, or E-cigarette or Vaping use-Associated Lung Injury).

While many of these terpenes that are commonly used in vape pens for flavouring or as thinning agents can be found in cannabis, public health experts have long warned this doesn’t necessarily make them healthy for inhalation, especially in large amounts. While cannabis consumers have long inhaled terpenes when they smoke or vape cannabis flower, the concentrations are far lower than found in many vape pens. In addition, the heating and cooling process of vape pens has been shown to fundamentally alter the chemical composition of these terpenes, sometimes leading to the creation of new and even more dangerous chemical compounds being inhaled, which are much different than those found in the smoke or vapour from dried cannabis.

The recent study commissioned by Canopy, shows phytol has numerous potential health concerns as an additive in vape pens, showing certain levels of phytol inhalation have hurt lung tissue in lab rats. Interestingly, this was juxtaposed with a study showing a lack of similar harms from propylene glycol, which many in the industry have seen as an unhealthy additive.

Manufacturers can easily source terpenes like phtyol in large quantities as an easy diluent or thinning agent for vape pens, in the constant search for a ‘healthy’ thinning agent.

While more widespread in the U.S., phytol does not appear to be a common ingredient in vape pens in Canada, where regulations are more strict. While EVALI has been prevalent in the U.S., few, if any cases, have emerged in Canada associated with cannabis vape pens.

Not all agree with the Canopy-funded study’s findings, however, and some have raised questions about the company’s intentions, and why the study was done in the U.S. rather than Canada.

Regardless, many other researchers highlight the dangers of not just phytol, but any terpene being used in large amounts in cannabis vape pens, and highlight the need for even more peer-reviewed research on the subject. Health Canada also recently announced their intention to begin looking at limiting the types of flavours and terpenes used in vape pens in Canada. They have not made any statements about phytol, specifically.

David Brown is the founder of StratCann, a cannabis industry publication with a special focus on micros and nurseries. Prior to StratCann, David was a senior policy advisor to Health Canada’s cannabis branch from 2018 to 2020.