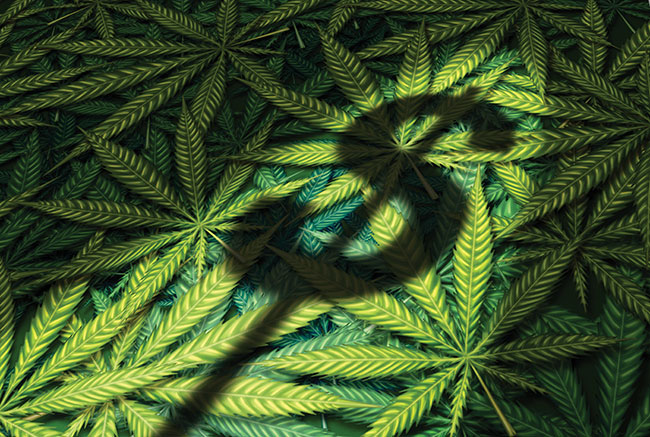 “Effective accounts receivable management can be the difference between success. Photo credit: © freshidea / Adobe Stockand death in this industry.”

At the beginning of the 1948 California Gold Rush, the Unites States had no standard national banking regulations, let alone a national currency. Instead, regulations fell to individual states. In California’s case, state and corporate banks were prohibited under national constitutional law to finance gold. With no official means to exchange gold for tradable goods or currencies, prospectors turned to private individuals for their financing needs.

Since 2018, the Canadian cannabis industry has been going through its own “green rush.” With changing legislation, wider markets and the opened floodgates of Cannabis 2.0, everyone wants a slice — and they’re finding their angle in, no matter how financially risky cannabis remains. However, more access to the market, especially the ease of access, hasn’t necessarily caught up to legislation that makes it of equal ease to advance and grow capital. All of this makes one wonder if anyone really fully understood the duality behind declaring cannabis a “green rush” when the term was minted.

So, how can a licensed producer operate within this structure (i.e., a highly regulated cannabis market) and till enssure that growth is still viable?

While not a fix-all solution, effective accounts receivable (A/R) management can be the difference between success and death in this industry. Controlling and mitigating credit risk, to no surprise, is salient in such a high credit risk environment. Optimizing A/R processes within a company can effectively minimize the time it takes to get paid for invoices. Yet, incurring debt has been the go-to standard for producers selling the finished product to the provincial boards for distribution to retail. Payment delays are not a bug in the system; they’re a feature, required to mitigate risk up the producer-to-government-to-retail chain. Extending credit is a must to keep the chain afloat.

Forced to abide by this structure, LPs often see large reductions in cash, which, in turn, compounds and increases receivables down the chain. For larger companies, a sizeable index of receivables isn’t usually detrimental — due to their high liquidity—but the “cannabiz” is a different beast. It’s estimated that in the two years following legalization, only one-fifth of cannabis production made it to shelves, amounting to more than $11 billion in cumulative losses. One publicly traded cannabis stock has “credit losses” amounting to 45 per cent of the outstanding A/R, aged 365 days before reflecting the “adjustment” in their current financials. Indeed, even giants of the industry can be a credit risk.

A/R monitoring is an effective tool for analyzing behavioural changes to assess whether buyers may become a credit risk. Here’s a case study: let’s say a micro-cultivator has noticed that its distributor, a larger LP, has dialed back on the volume of purchases of their product, or that the orders are smaller. These two clues may point towards issues with the distributor’s cash flow, rather than a decline in interest or movement of the cultivator’s products. If this happens to be true, it doesn’t mean the distributor will go under, but that they could file for temporary protection from creditors, pushing payments for invoices even further down the line.

In this situation, anticipation is key, and high risk must be met with proactive responses and solutions. Measuring the performance of one’s current business affairs by targeting specific A/R KPIs, such as Days Sales Outstanding (DSO), Collection Effectiveness Index (CEI), and Average Days Delinquent (ADD), is necessary to properly assess risks, highlight fluctuations, and plan for due payments. Without effective A/R monitoring practices in place, these potential credit risks could go unnoticed, spelling destruction to no fault of the LP.

As much as a producer may implement effective A/R strategies, small to mid-sized companies are left to take the biggest hit with surmounting receivables. This forces the smaller players to weigh which expenses to pay in a cash crunch. Without the proper cash flow, any profits incurred on an invoice may have to go directly to paying off those late expenses (and the debt accrued) instead of reinvesting them. Seeking bank financing can be a tough sell, as many are averse to the industry’s high risk. Even if one were to secure this type of financing, banks require the receivables to be put up as collateral for a loan. Why take on more risk?

With banks almost entirely removed from the equation, LPs can look to an A/R financing service, referred to as factoring, for some help. Companies that specialize in this ulterior financing buy receivables at a discounted rate to deal directly with a company’s debtors. Seriously, it’s that simple. With more cash flow in hand, LPs can then focus on what’s most important: the growth of their business and taking advantage of the green rush that is still charging ahead.

Joshua Reynolds is the president of Capital Now Cannabis (Capitalnowcannabis.com), an alternative financing company for the Canadian cannabis industry that focuses on supply chain financing, factoring and equipment financing.