Features Production
The case for cloning

Physical evidence of cannabis consumption dates back farther than 2000 BC. The practice of Cannabis for medical and psychoactive activities are well-documented among First Nations communities and pre-colonial settlements. 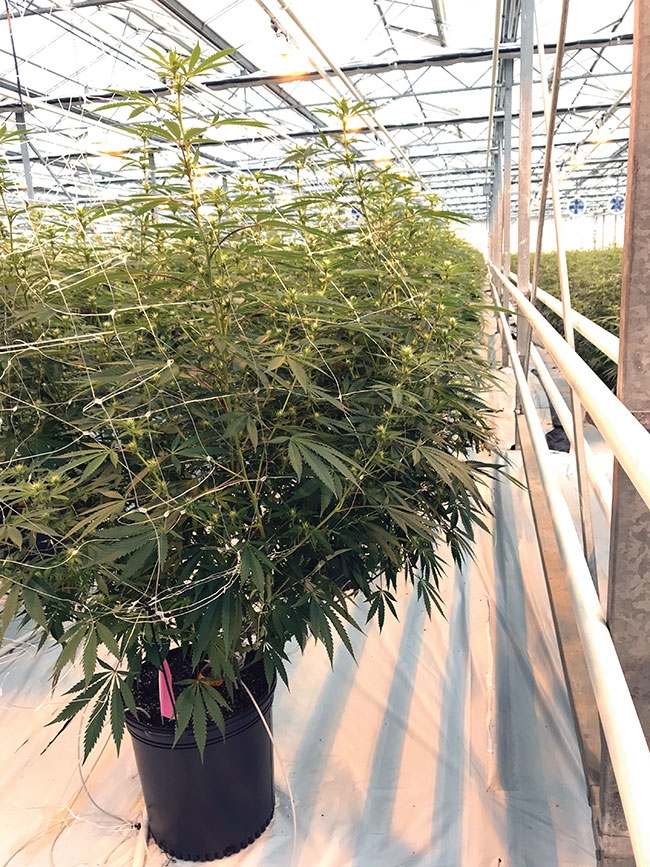 Micropropagation method allows for a large amount of plants to be grown from a very small initial cutting from the mother. Physical evidence of cannabis consumption dates back farther than 2000 BC.

The spread of cannabis in North America by Europeans predominantly occurred in the 1600s; mainly for the textile applications of hemp fibres. After its ban in 1937, growers needed to become both more discreet and creative with their methods. Over this time period, methods of growing and reproducing cannabis has changed greatly and new methods continue to surface.

Growing cannabis is not limited to a classic outdoor garden setup. The propagation and selection of specific cultivars of cannabis has resulted in many techniques in recent years. The relative quantities of cannabinoids, such as THC and CBD, are commonly selected and manipulated for or against when cultivating a strain for medical or recreational use.

Strains are created via selective breeding. Specific plants, usually female, which contain a vast quantity of cannabinoids, flavonoids and terpenes, can be relatively adjusted and altered through such breeding. The process is fairly slow and may take many generations of breeding and cloning for seedlings to fully create a new variety. The process influences the cannabinoids and thus: the evolution of the plant.

When a desirable strain is generated, every single plant bred from the original will differ slightly from its lineage and therefore, will be different from the original parent (often called a mother). This process occurs naturally, leading to genetic variation among offspring. In order to prevent this, cloning of the parent plant is the best viable option to maintain the selected traits with minimal deviation. Cloning produces an exact genetic copy, essentiality an identical twin.

As the name may suggest, micropropagation allows plant cloning on a smaller physical scale. Using only a small cut of a node or stem, multiple plants can be produced with the careful use of specific growing media. Micropropagation is best performed in a laboratory environment where risk of contamination and plant disease is minimal. The lab also allows stable temperatures and humidity for the newly cloned plants to safely grow while they are in the fragile initial stages.

This method also allows for a large amount of plants to be grown from a very small initial sample of the mother. One cutting can become a new shoot which can be cut again into several other plants allowing those to be cut into more and so on.

The process
It begins with a small cutting of a node from a stem that is disinfected and placed along with other cuttings into sterile petri plates. These plates contain a base medium that specifically promotes the growth of the stem/shoot tissues. The original cutting will begin to grow a small stem which can be cut into smaller pieces and carefully transplanted to new plates where the medium will promote the growth of roots. Once large enough, each new rooted clipping can be transplanted to soil or a medium of choice to continue its vegetative phase.

Using micropropagation to clone cannabis has several benefits. Cloning allows for an exact genetic copy of the mother plant. However, micropropagation requires much less original plant matter to be used for each new clone. A 1-cm cutting of a new node sliced into ten 1-mm cuttings can produce 10 new shoots. Each of these new shoots can be cut again five times and rooted. This makes a theoretical total of fifty new plantlets. The sterile laboratory environment also serves to keep the sensitive clones safe while in the crucial initial stages of growth.

Challenges
Being a more sophisticated process, micropropagation requires a large amount of time and effort to be completed. Companies employing the use of micropropagation are most likely focused on large-scale harvest or scientific research, and wish to keep the valuable traits of their selected cultivars. The additional transplantations added to the process also add to the time commitment of the procedure.

While a sterile, temperature controlled environment may seem to purely benefit a cultivator; it also requires additional time. If grown in a sterile and controlled environment, the new plantlets will need to be gradually exposed to their new conditions in order for a proper protective cuticle layer to form. Contamination is always a threat when using tissue culture methods as it can ruin a whole plate’s worth of new cuttings that can eventually become new plants. When using this procedure, it is absolutely crucial to prevent contamination at all times.

Surely, over the years,  a lot has changed since the beginning of cannabis cultivation. New methods emerged and micropropagation has become one of the commonly used techniques in recent years. This method has helped to modernize the cultivation capabilities of the cannabis industry and will further help in maintaining existing and new strains. The use of this technique can certainly help further large or small-scale cultivators that wish to preserve and/or propagate their plant lines.