April 13, 2017 feels like yesterday. That of course was the day that the Government of Canada introduced Bill C-45, the Cannabis Act, into the House of Commons for its first reading. 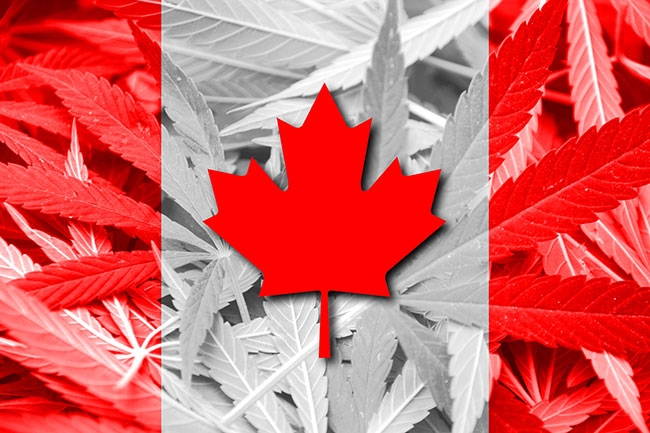 It’s hard to believe that many months have now passed and we are barreling towards the legalization of the use of recreational cannabis, scheduled to take effect in July 2018.

From late May and into early June, 2017, the Cannabis Act had its second reading in the House of Commons. It was then referred to the Standing Committee on Health who spent a week in early September hearing evidence from more than 100 witnesses and digesting information submitted in more than 100 written briefs. By the time you’re reading this, the Committee ought to have completed its section-by-section analysis of the Act and have returned it to the House of Commons for a Third Reading.

To date, only two provinces had publically commented on their intentions. On September 8, Ontario indicated that recreational cannabis will be sold
online, exclusively by the provincial government, and through a limited number of storefronts. Consumption in Ontario will be restricted to private residences. One week later the Government of New Brunswick indicated that a Crown Corporation will be established to oversee the sales of recreational cannabis; it also announced that it had entered into agreements with two licensed producers to supply recreational cannabis to the province. However, the Government of New Brunswick’s news did not definitively indicate whether or not there will still be a place for private retail within the province. The rest of the provinces and territories will be announcing their plans over the next few months.

In late May, Health Canada announced some small but important changes to the licensing process, including an increase in the department’s capacity to review and process applications and undertaking certain stages of the review of applications concurrently. Since that announcement, the number of licences to cultivate and sell medical cannabis jumped by more than 30 per cent and the number of new licences granted is expected to continue at a steady pace for the foreseeable future.

Fierce Competition … Eventually
While there are many divergent viewpoints in the cannabis market, one prediction that seems to be universal among industry pundits is that demand for cannabis will greatly outstrip supply once legalization takes effect. While it may not come out and admit it to the public, the federal government also shares this concern. Indeed, those changes implemented by Health Canada to the licensing application process were designed to significantly ramp up the amount of cannabis that will be available to Canadians. These predictions and the concern of the federal government are not unfounded. One needs to look no further than Nevada to see a recent example of this occurring.

In the short term, many predict that every gram of cannabis that is grown in Canada will fly off the shelves instantaneously. However, with the rate at which new licensees are coming on line, and the significant expansion projects that existing licensees are undertaking, it is only a matter of time until supply catches up with, or even exceeds, demand. Once this happens prices will plummet as they did in Colorado and other jurisdictions and invariably a number of licensed producers will be pushed out of the game, whether through acquisition or otherwise.

In the near future, however, simply having a licence and being able to grow will keep a licensed producer afloat, but sooner than later only those companies with strong management teams and competitive advantages will thrive.

Where’s the Growth?
Many entrepreneurs and investors have already turned their focus away from cultivation and onto ancillary businesses that deal with cannabis accessories and services. There are a number of reasons why this area of the market will grow.

For starters, the cultivation marketplace has a high barrier to entry, is becoming crowded and some of the early entrants are already significantly established. Many investors see a more “wide-open” opportunity in the ancillary and services market. The opportunity for greater returns is leading more and more investors to park their dollars in this segment of the market.

The term “wide open” not only applies to the fact that the ancillary and services market is (arguably) underdeveloped, but it also applies to the more lax legal restrictions that are imposed on these types of businesses vis-à-vis cultivators. Additionally, if other provinces and territories decide to follow Ontario’s path and seize control over sales and distribution, accessories and services may be the only frontier for start-ups for the foreseeable future. With a low barrier to entry, more relaxed regulations and products and services that are limited only by the imagination, the potential upside in this sub-set of the market is tremendous.

For starters, licensed producers will retain the ability to sell direct to consumers in the medical market. Conversely, in provinces like Ontario, licensed producers will be forced to sell to the government who will no doubt seek to push down the price per gram in order to ensure that there is significant room to factor in the province’s mark up and taxes while still having an ultimate retail price point that is competitive with the black market. In the medical market, licensed producers can skip the middle-man and take advantage of better margins while possibly even setting a retail price that is lower than the recreational market as a result.

In addition to price, other reasons why people may continue to obtain prescriptions and purchase cannabis through the medical system as opposed to the recreational system include: the ability to have health insurance cover some, or all, of the cost, and the ability to obtain tax credits and potentially more expansive rights of possession and consumption, which are only one Charter challenge away from existing.

In the end, Canada is just beginning its journey down the cannabis path, but there is one thing for sure: more and more Canadians will come along for the ride.

Matt Maurer is the chair of Minden Gross LLP’s Cannabis Law Group. He provides business and regulatory advice to a wide range of cannabis industry stakeholders, including licensed producers, producer applicants, and foreign businesses that are looking to enter the Canadian market.