Getting ahead of the breeding game 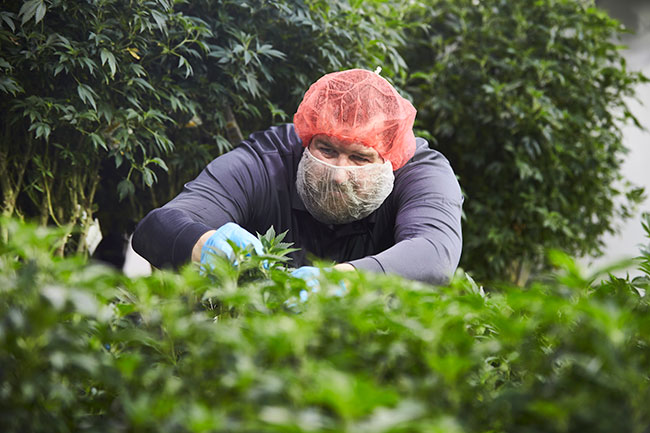 Chad Morphy, master grower at GreenSeal Cannabis, says his company is keeping abreast of the latest research that may provide some directions for the company’s breeding program. PHOTO: GreanSeal Cannabis Co.

Cannabis breeding and genetics could be the next big opportunity for cannabis licensed producers.

At this point in time, there isn’t much breeding going on among Canadian licensed cannabis producers. However, some companies such as Tantalus Labs in Vancouver B.C., have invested in breeding programs in order to really set themselves apart as the cannabis market in Canada matures. It’s all about securing a competitive edge in the future through a dedication to breeding now.

Tantalus Labs CEO Dan Sutton believes there may be five or so companies in Canada that are actively phenotyping (measuring the attributes of the genetics they have) from purchased seed, but says that even at his company, which has an established breeding program, “we are just scratching the surface of our breeding potential. It’s a core competency of our grow team, but I would venture it will take two to three more years before we see active breeding delivering products from consumer brands.”

Like others, Sutton notes that the main focus of cannabis breeding has been greater potency. That focus will continue, but Sutton stresses that achieving it within a stable genetic framework takes the cultivation of many generations of selection and much back-crossing.

“Often what you see is what you get,” Sutton notes, “so selecting phenotypes that have high potencies in their first runs is your best bet.”

Diversity
Unique flavour profiles would be another breeding focus, says Sutton, but he believes “finicky exotics” will be reserved for small-scale production, although they represent “an exciting niche for micro-cultivators.”

In terms of other cannabis attributes, similarly to how consumers have become educated about trans fats, fibre and more in their food products, cannabis consumers are becoming more educated as well. Chad Morphy, master grower at GreenSeal Cannabis Co. in Stratford, Ont., believes the level of knowledge about cannabis terpene profiles, flavonoids, appearance and other factors is growing. GreenSeal has foreseen this for a long time, and through its breeding program, Morphy says he and his colleagues have been “staying a few steps ahead” and ensuring they have “many diverse strains” to address emerging market trends.

As to breeding for different purposes within the healthcare realm, Morphy first notes that GreenSeal keeps abreast of the steady trickle of announcements from around the globe relating to various cannabis medical research. Some studies involve investigation of an established health-related application of the plant’s compounds, and other potential new ones.

But past research is already influencing GreenSeal’s breeding program. “An example is THCV,” says Morphy. “There have been findings supporting its function as an appetite suppressant, which means it could be potentially integrated medically within weight loss programs or distributed more broadly as ‘munchie-free’ cannabis.”

Morphy adds that in a conversation with a “large Canadian extractor,” cultivation of THCV for extraction purposes was identified as an opportunity within the industry.

“The next step is to identify varietals with already-higher levels of THCV and put them through genetic selection and breeding programs to increase the production of that particular cannabinoid in a stable way,” Morphy says.

Overcoming challenges
One big challenge in a crop breeding program of any type is the time it takes. As mentioned, when cannabis breeders seek to create stable, reputable strains, the process of genetic selection required to find the phenotype desired can take a long time – at GreenSeal, it takes over a year.

“In this process, potentially hundreds or thousands of seeds of a particular strain are started and tested,” explains Morphy, “which eventually allows us to single out the genetics offering the best representation of that cultivar, and the characteristics the breeder – and consumer – desires.”

To overcome this hurdle, GreenSeal is growing six tiers of plants under a 20-foot ceiling in its breeding area, allowing a broader selection process for high potency, targeted terpene profiles and other phenotypic attributes, but also for plant performance.

GreenSeal is also collaborating with other parties on methods to speed up breeding, but the details are private. Morphy can say that, “we are currently undertaking some incredibly exciting R&D in partnerships with leading university biotech researchers” to find faster alternatives to traditional genetic selection, but also to increase cannabinoid content and other aims.

Sutton adds that in addition to time, the greatest limitation for Canadian producers wanting to set up a breeding program is a lack of adaptivity or cultivation systems that can meet the diverse needs of the “exciting genetics” that are available. Most LPs are limited, he says, to what they can grow effectively.

In addition, Morphy says it’s very hard for LPs to commit any of their valuable licensed growing space to a breeding program. They could acquire an additional nursery licence and set up a standalone breeding space, but the costs are substantial.

Indeed, Morphy notes that the overall costs of a proper breeding program are quite high.

“These include the direct costs of cultivation and operations (staffing, power, nutrients, rent and so on), but the costs for third-party lab testing can also really add up,” he explains. “Basic lab tests can run around $150. When you germinate one hundred seeds of one cultivar, and require multiple runs and tests for many of the phenotypes, you are looking at spending well over $75,000 to identify one ‘winner’ – and that’s not even guaranteed.”

And, those companies who want to start breeding now and did not seek out genetics from around the world a few years ago, says Morphy, may find it very difficult now to do so. Shortly after it received its cultivation licence, GreenSeal acquired a large library of new cultivars, he recalls. He and his team were able to bring in the exact genetic materials they were looking for from breeders around the world, but Morphy says “that door is mostly closed now,” as existing licence holders aren’t able to integrate ‘legacy’ cultivars into their production. It’s mostly a regulatory challenge, he notes, but a significant barrier to a producer that wants to grow a cultivar not in domestic circulation. 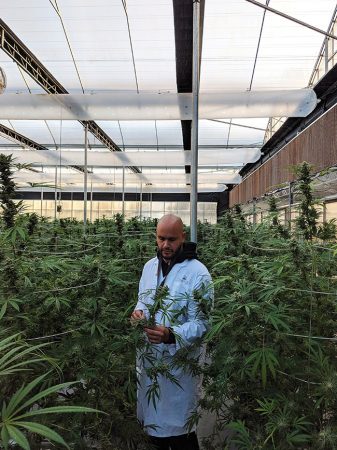 Tantalus Labs is one of only a handful of LPs investing in a breeding program to gain competitive advantage. CEO Dan Sutton believes they are just “scratching the surface” of the potential of cannabis breeding and genetics.

“I am personally more excited by the potential of tissue-cultured plantlets creating greater predictability and stability from early phenotyping runs,” he says, “enabling a tighter feedback loop between R&D and production.”

Like others, Morphy and the GreenSeal team are optimistic about how it – and the entire cannabis sector – can harness the full potential of the cannabis plant.

“We see a ton of opportunity,” he says, “and want to take a leading position on [breeding], as it can potentially help not just us but the whole industry when it comes to meeting the rapidly-evolving needs of consumers. We can all move faster and more effectively to wherever the market tells us to go.”

From the lab
To find out how analysis of cannabis factors into breeding progress, we contacted Brian Coutts, strategy and business development manager, Food and Pharma Division at A&L Canada Labs, for his perspective.

Coutts says that in his firm’s analysis of cannabis samples over the last two years or so, potency has improved. He also notes that at this point, cannabis growers understand well that many factors are involved in harvesting a high-quality and high-yielding crop consistently at large scales. Growers are also coming to understand how individual cultivars respond to all the inputs. A&L Canada Labs does a lot of plant tissue test for licenced producers so they can refine their nutrient recipes and maximize each cultivar’s quality and yield.

The other main testing demand that A&L receives from industry is for analysis of cannabis edibles, beverages, topicals, tinctures, capsules, vaporizers and other products. However, Coutts says, “terpenes are another big topic of discussion and how they combine with THC/CBD and alter the effects of cannabis, although there is a lot to learn yet with clinical research being completed. So, stay tuned.”

Mapping genetics is becoming more relevant to breeding for eventual product development, says Coutts, adding that “new equipment and technology is becoming available that’s making it cheaper and faster to test the genetic makeup of cultivars.”