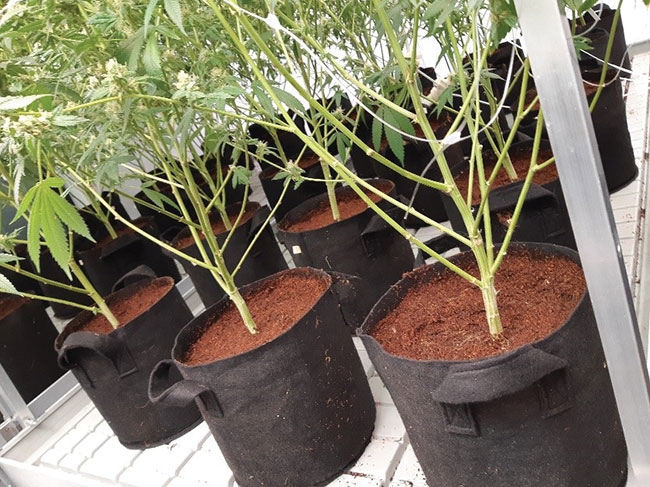 The lack of understanding around temperature and how it influences other environmental conditions in a cannabis grow facility can result in sub-optimum crops. I have seen them.

Nearly all processes in cannabis production from seed germination to drying and curing and final product quality is affected by temperature. It affects cannabis growth, development, production, quality, plant health, flowering and flower development, speed of flowering, and the occurrence of diseases and insects. The structure of plant, branching, internode length of stems and branches all depend on temperature.

I was talking to a grower recently who told me that thrips have been driving him “crazy.” Actually, thrips on cannabis are as problematic as in any other crops, such as cucumbers, and can become difficult to control or manage. Some growers are very worried about spider mites as well. Temperature affects the lifecycle of these insects, and they could multiply quickly at warmer temperatures. As an example, in the case of western flower thrips, which are more common on cannabis, the lifecycle varies from 14 to seven days at temperatures between 20 and 36 degrees Celsius.

Somehow, I am finding that cannabis growers are using much warmer temperatures than necessary just because others are doing it. Above 25C is definitely warm for cannabis plants especially if humidity is low. If night temperatures are also warmer, around 21C, then the lifecycle of these insects shortens and causes serious problems.

There are several factors that contribute to why growers miss important opportunities to provide good temperature controls:

Understanding temperature
To achieve ideal temperatures in cannabis cultivation, one must understand there are many variables that need to be considered and understood. These include:

An example of a seedling grown at 22-23C day and 18-19C night temperatures. Notice the compactness of the plant and strong branches.

Here’s a step-by-step guide to understanding the role of temperature.

Day temperature or light period temperature. In greenhouse situations, where sunlight comes in, the temperature is influenced by solar radiation. Supplemental lights are turned on/off based on watts/m2. The most important aspect is to understand the role of this temperature in photosynthesis. The process of photosynthesis is relatively stable between a range of 18C to 25C. Above that temperature, although photosynthesis slows down, it is the “photorespiration” that increases and thus, the plant energy balance changes more towards cooling itself.

In order to have good quality plants, we need a ratio of 3:1, that is photosynthesis, three times higher than respiration so that plant energy is used for its needs rather than being used to keep itself cool. Set points is one thing but what the plant is perceiving is another thing. The plant is not actively growing during this period, it is just manufacturing and storing the food it made but does not like to use it up for cooling.

Night time temperature. During dark periods, which is about eight hours at vegetative stage and 12 hours during flowering stage, the plant is breaking down the food it stored through the process of respiration. Carbon dioxide and water are produced as a by-product, that is why the relative humidity is higher at nighttime.

What is a good nighttime temperature? It all depends on the light the plant has received during daytime. My recommendation for greenhouse cannabis growers is to use the light figures of the day to manage the night temperature. It should be around 17C to 18C, but it can be lower for a few hours to attain the 24 hours average, which you want based on the vegetative or generative status. We have learned from cucumbers and tomatoes that after a high daylight (over 1,500 joules/cm2), the night temperature can be dropped to 16-17C to achieve a 24-hour average of around 20C. The same principle can be used for cannabis.

It is during the night period that plants transfer the assimilates to various parts of the cannabis plant. So pay attention to day average and night average and your computer should be able to assist you. This will build a balanced plant with strong leaves and shoots.

24 hours average temperature. Cannabis plants grow based on 24 hours average temperature. If the cannabis plant is grown at the same day average and night average, it will have very short internodes and thus become very compact. The elongation of internodes depends on the temperature differential. So read your plant and see what type of plant structure fills your needs. Short and stocky plants are better then long and lanky plants.

In the next installment of this column, I will focus on temperature and humidity, dew points and the importance of temperature ramping.

Dr. Mohyuddin Mirza is the chief scientist with Cannabis Nature Company in Edmonton, Alta., and a consultant for the industry. Email him at drmirza@cannabisnature.ca

Related
Scheduling Matters When It Comes To Growing Cannabis
Happy seedlings improve cannabis quality
The skinny on extracts and edibles
Editorial: Cannabis consumer education leaves so much to be desired