OTTAWA – Senators are being encouraged to postpone a vote on a bill to legalize recreational cannabis by an employee of the Conservative's chief critic of the legislation. 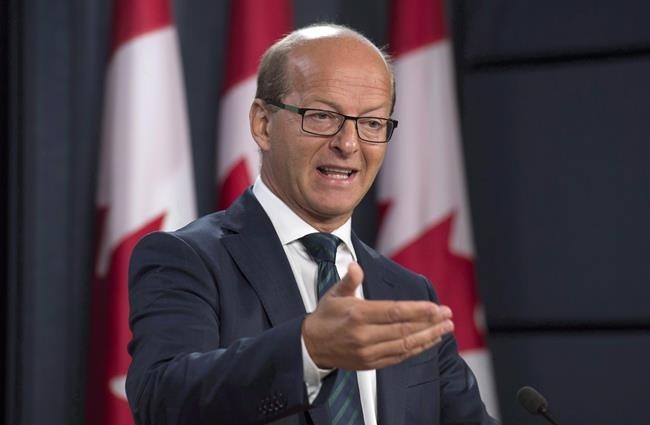 But Sen. Claude Carignan says he did not authorize Malcolm Armstrong, whom he’d hired on contract to advise him on the marijuana issue, to propose delaying the vote – an idea the Conservative senator called “crazy” and unrealistic.

Indeed, Carignan says he fired Armstrong after finding out he’d circulated a paper among independent senators urging them to postpone a final vote on the bill and set up a special committee to study aspects of legalization that Armstrong contends have not yet been adequately considered.

A spokeswoman for Conservative Senate leader Larry Smith says the Conservatives continue to abide by an agreement to hold a final vote on the bill by June 7 – a timetable aimed at allowing the Trudeau government to meet its commitment to retail sales of legal marijuana available late this summer.

That timetable would not be possible were senators to adopt the proposal advanced by Armstrong, which calls for thorough examination of a lengthy list of issues – including the impact of high-potency cannabis on the formation of sperm, the societal impact of online cannabis sales and whether Indigenous people are “negatively predisposed to cannabis, like alcohol.”