Is Canada’s big hemp moment just on the horizon? 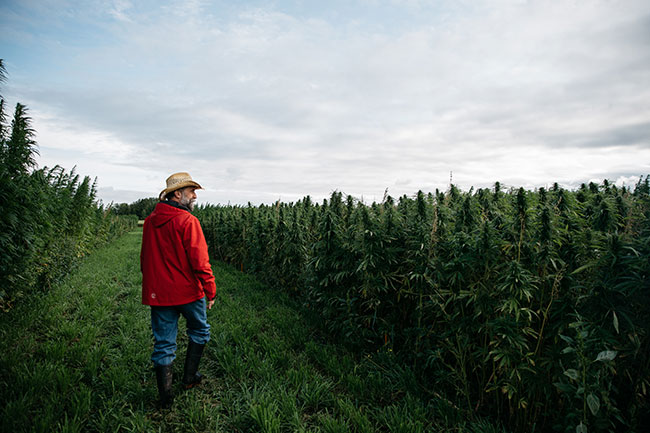 A veteran hemp farmer, Jan Slaski believes the opportunities for the Canadian hemp industry are becoming more evident and is optimistic about the potential for success.

Jan Slaski remembers the day he was invited by a local news outlet in Edmonton to do an interview on the eve of cannabis legalization in October 2018. The reporter asked if Slaski was excited about the historical moment. He said yes, but not because recreational cannabis use was now legal for adults, but because finally, industrial hemp growers could make use of all parts of the crop.

Canada defines “industrial hemp” as cannabis varieties that contain less than 0.3 per cent of THC (delta-9-tetrahydrocannabinol) in the flowering heads and leaves.

“We could now take advantage of the CBD story,” says Slaski, principal researcher, plant sciences at InnoTech Alberta, a subsidiary of Alberta Innovates, in Vegreville, Alta. “Industrial hemp regulations before 2018 stipulated that all flowers and leaves had to decay in the field. We were pushing Health Canada to let us take advantage of what the whole crop has to offer. Up until that point, we were at a disadvantage to those growing it in the United States.”

Slaski is perhaps a hemp grower’s most prominent advocate in Canada. He has been researching hemp for 18 years and since 2012 has been a director of the Canadian Hemp Trade Alliance (CHTA), a national organization that promotes Canadian hemp and hemp products globally.

“Hemp is a true multi-purpose crop,” says Slaski, who sees a bright future for hemp growers in Canada, even in the wake of what many say has been a failure of regulatory authorities to allow for competitive production of hemp for CBD.

However, since legalization, some believe Canada’s regulatory authorities have failed farmers. Mike Hodgson, CEO of GreenLeaf Productions based in St. Thomas, Ont., which provides CBD extraction services to growers, says Canada had the opportunity to be the world leader in hemp CBD production but “just couldn’t get its act together.”

“I think there have been a couple of major fails,” says Hodgson. “We don’t have the cultivars in Canada to grow anything worthwhile as far as CBD is concerned. The highest is three per cent CBD. For an extractor like me, that’s a miserable amount of oil to squeeze out of a plant. The seeds are up to 23 per cent, so it’s easier, but people didn’t realize this. Canada had a massive opportunity, but they let it slide right by.”

When it comes to extraction, Health Canada requires that the product originate from purely Canadian seed. A multi-harvest process to get new cultivars approved is said to be slowing down the ability for hemp farmers to cultivate high-CBD hemp cultivars.

Last year, Hodgson says many Canadian hemp farmers grew with seed from the U.S., and their product cannot be used.

“You can’t go to the U.S. and bring a high CBD variety here if it is not on the list of approved cultivars,” explains Slaski. “With the U.S. and other jurisdictions having higher CBD varieties, it left us at a disadvantage in relation to the U.S.”

There are currently two varieties classified as “high CBD” available to Canadian growers. One is an Italian variety called Carmagnola, and the other is Hungarian – Kompolti. These two varieties were bred in Europe as fibre varieties and grow up to 2.5 metres tall. They are late maturing and bred for milder climates.

“Marketers claim these two varieties should exceed 20 per cent CBD content – but last year I spoke with a grower from Saskatchewan who grew Carmagnola, and he got 1.2 per cent of CBD but paid $5,000 a pound for the seeds,” says Slaski. “It was unreasonable. Some growers here in Canada had CBD fever and thought they would get 20 per cent CBD. Given the height of the plant, harvesting this variety and chopping off the flowers poses a problem for farmers with the harvesting equipment they have.”

Different seed providers promise different levels of CBD for Carmagnola ranging from seven or eight percent to between six and 25 per cent CBD.

But Slaski says that after this growing season, the list of approved cultivars will be enriched with higher CBD varieties.

“We aren’t putting all our eggs in this unrealistic CBD market,” he says. 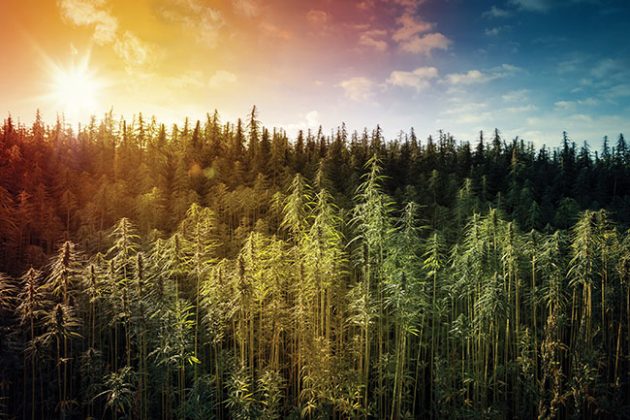 Market for hemp
The CHTA says the Canadian hemp industry could be worth $1 billion by 2023 if it can produce products across four categories:

“It’s realistic,” according to Slaski. “A good farmer can consistently get that per acre.”

“Right now, hemp is not allowed as livestock feed. How silly is that?” says Slaski, who is leading a push to have hemp seeds approved for livestock feed. “We have all this hemp meal post-oil extraction, and it has to be disposed of.”

Diane Jang, a Vancouver-based consultant in the cannabis sector, says the current regulations in Canada have made it difficult for Canada to export or be able to compete against the U.S. in the industry. She says products, such as hempcrete for construction, hemp paper, textiles and packaging, are just some of the more than 10,000 uses of hemp.

“It’s an industry Canada could excel in as the second largest grower and number one in food production,” she says.

“The Canadian Health Food Association and Canadian Hemp Trade Alliance are pushing for low THC hemp and CBD hemp to be regulated under natural health product regulations, instead of under the Cannabis Act,” says Jang, who is also the former CEO of Hempco Food and Fiber and a former director of Aurora Cannabis Inc. “If that happens, they can export to the U.S., and the U.S. can import because it will be under the same regulatory regime as beverages and food.”

Health Canada is currently reviewing the market for cannabis health products that would not require physician prescription, something Jang says is of interest to hemp and cannabis producers keen on a new category to profit from.

And while some of Canada’s large cannabis licensed producers such as Aurora Cannabis and Canopy Growth have been divesting from their hemp business and narrowing the markets they are in, companies in other sectors are shoring up deals that bring growers and extractors closer together. One such transaction announced May 19 was the acquisition by Regina-based Canadian oil and gas company HTC Extraction Systems of KF Hemp Corp., in a deal worth $20 million.

KF Farms created KF Hemp, based in Lajord, Sask., to position it as a player in the global Hemp CBD market. It is considered one of the largest growers of hemp for cannabinoid biomass in North America. KF allocated up to 5,000 production acres in 2019 and will allocate up to 25,000 acres in future years. Slaski says he believes it will be successful given its scale and focus.

While some critics say regulations prevented Canadian farmers from truly cashing in on the CBD market, Slaski says taking the measured approach was right.

“For many years in Canada, we have been crawling and perhaps crawling for too long. But now we are walking, and the opportunities are tangible and we have investors investing, and in the next couple of years, we will be running, and we won’t be tripping as the guys south of the border did.” 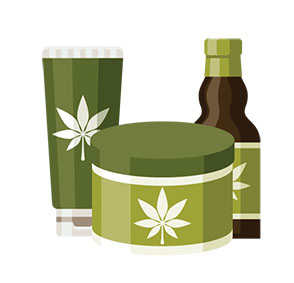 A Health Canada perspective
The Canadian Health Food Association is pushing for low THC and CBD hemp to be regulated under natural health products.

A statement from Health Canada indicates the regulatory body is “aware that some Canadians are interested in potential therapeutic uses of cannabis to treat minor ailments and would like authorized health products containing cannabis to be made available without practitioner oversight.”

In response, Health Canada held a public consultation from June to September of 2019 to hear from Canadians and the cannabis and health products industries. The consultation sought feedback on the kinds of non-prescription health products containing cannabis that Canadians would be interested in purchasing, manufacturing or selling if a legal pathway for these products is established.

Health Canada received 1,104 submissions through the online questionnaire and roughly 60 submissions via email.

In February 2020, Health Canada launched a public call for nominations for the Science Advisory Committee for Health Products Containing Cannabis. When established, this committee will provide Health Canada with independent scientific and clinical advice on the appropriate safety, efficacy and quality standards for potential regulations that would allow the sale of health products containing cannabis without a prescription.

The information gathered through these activities will help inform the development of a potential regulatory approach.