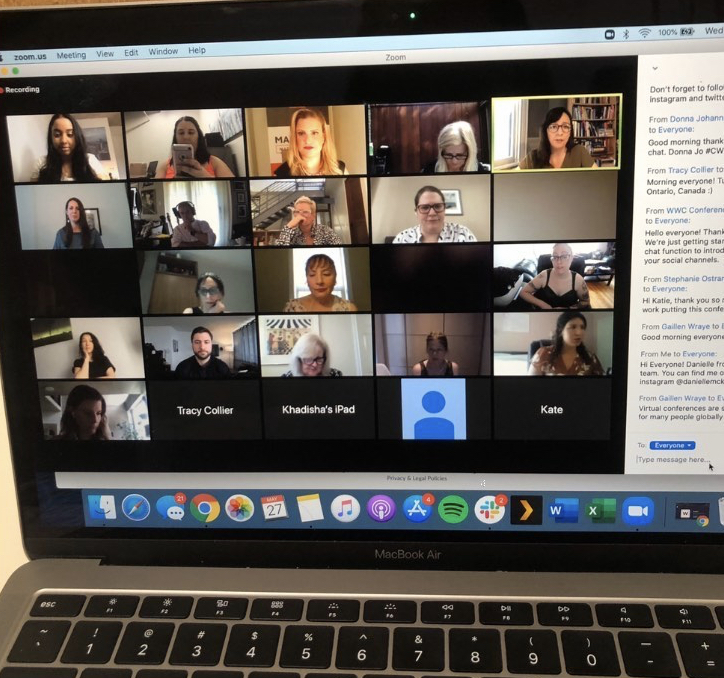 Stigma around cannabis use has prevented high-level athletes from taking advantage of the benefits of CBD, one Olympic medalist said in a recent virtual conference.

After a long career as a world record-holding competitive swimmer, 12-time U.S. Olympic medalist Dara Torres has had to recover from painful injuries and other health issues over the years. Now that CBD has been deemed a legal substance in the Olympics, she shared some of her thoughts as the keynote speaker at the inaugural event of the Womxn, Wellness and Cannabis (WWC) Conference.

“When you’re taking over-the-counter stuff that is legal but can have a side effect is like taking more than 800 mg, you may have stomach ulcers or whatever… It’s very, very confusing. It’s frustrating for an athlete and the fact that CBD is not banned I think is wonderful and I wish that was the case for me when I was an athlete,” said Torres.

More than 940 people attended the WWC Conference online on May 27. The full-day event, hosted by Marigold PR, was the first Canadian conference focused on celebrating “the feminine cannabis experience.”

It was originally to be held in downtown Toronto. Due to growing concerns about the spread of COVID-19, the event was converted to a series of live Zoom meetings and webinars throughout the day. It featured expert panels made up of 52 speakers from eight countries across the global cannabis industry. Grow Opportunity was featured a media partner of the event.

“The transition online enabled WWC Conference to be an accessible, global event,” said Katie Pringle, co-founder of Marigold PR. “We were overwhelmed not only by the close to 1,000 registrations, but also the deep engagement within the panels and across social media. We are very proud of our first year.”

A standout session from the day-long event was the Women in Leadership panel in which women executives shared what they’ve learned in owning their role in a male-dominated sector.

Marcie Kiziak, president of NOVA Cannabis, said her background in human resources gave her a number of tools in building her leadership skills. Voice control, for example, was something Kiziak said she learned to pay attention to early on in her career.

“When I spoke in front of people, my voice tended to go up an octave and there’s a lot of credibility pieces that are attached to that,” she said. “But at the end of the day, leadership is about understanding people, how to identify talent and how to help them grow that talent.”

For Alison Gordon, founder and former CEO of 48North, her best form of leadership was embracing her bold and outspoken leadership style. Other panelists agreed that asserting their voice is important, especially when they are the only female executive in the boardroom.

Rosy Mondin, founder of the Cannabis Trade Alliance of Canada, said she has a readied response when she is labelled as “too aggressive.”

“The other thing that I hear from men a lot is that you have to have thick skin in this business and I find that kind of funny because I find they actually get quite emotional,” said Mondin, who is also chief executive of World-Class Extractions Inc. “And I’ll be the one that comes in to temper that emotion and say, ‘perhaps we should be looking at a way to negotiate this rather than everyone just pulling your fists out.’”

The day-long conference covered a wide range of industry topics relevant to the female cannabis consumer. Other highlighted topics include diversity and inclusion, sustainability and innovation, family dynamics and reproductive health. All session recordings will be made available to registrants soon.