OLDS, Alta. – With the clock ticking down to legalization of recreational marijuana in Canada, demand has exploded in the cannabis industry for qualified workers who can ensure the product is ready to go to market. 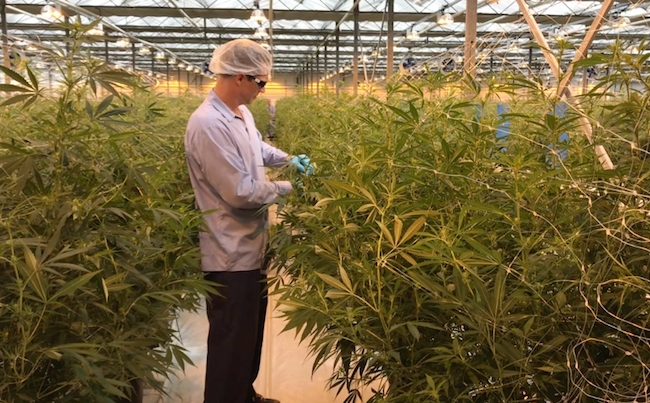 So a central Alberta college is planning to offer a new cannabis production course starting in July.

Olds College will teach the horticultural skills needed to work in greenhouses, as well as to deal with the strict regulations that will be in place.

Talks about such a program have been going on for a number of years, says Debbie Thompson, vice-president, academic at the agricultural college.

“We wanted to ensure that we were responding to a legal industry and because we’re known for horticultural programming … it seems like a very good fit and natural for people to approach Olds College,” Thompson said.

She understands why some people might raise an eyebrow over a course on marijuana production being offered at a college.

“I would imagine that upon first glance people will have all sorts of differing opinions or thoughts about what the courses would entail, but they’ll be quite specific to the horticultural industry and narrowing down into the specific part of the industry being cannabis.”

The course will run for 2 1/2 months and will include an online component before ending with two weeks of hands-on experience at a cannabis production facility.

Olds College is partnering with Sundial Growers in Airdrie, Alta., and Terra Life Sciences in Olds to provide the work experience.

The program includes an introduction to general horticulture, crop growth and facilities, cannabis legislation and cannabis production itself.

“We are responding to the need identified by industry and, right now, what they are looking for is their future employees to have that introduction to horticulture production overall,” Thompson said.

Anil Jain, president and CEO of Terra Life Sciences, said the course is necessary “given the growing need for educated and trained employees in the medical cannabis sector.”

Sundial President Geoff Thompson said his company will be hiring an extra 700 workers over the next two years as demand continues to grow.

“We’ve already started hiring people here in Olds and we think we can get very, very horticulturally skilled people because of the background of this being a very strong farming and horticultural community,” he said.

“There’s a huge job creation across the country. My expectation is there’s going to be 5,000 to 10,000 cannabis jobs in the province by 2020 between the manufacturers and the retailers.”

Olds College has a second course planned for this fall for people interested in the retail side of the business.