Spencer Hawkswell, CEO of TheraPsil, defends the therapeutic use of psilocybin as an end-of-life treatment option (before jumping the gun on medical assistance in dying). 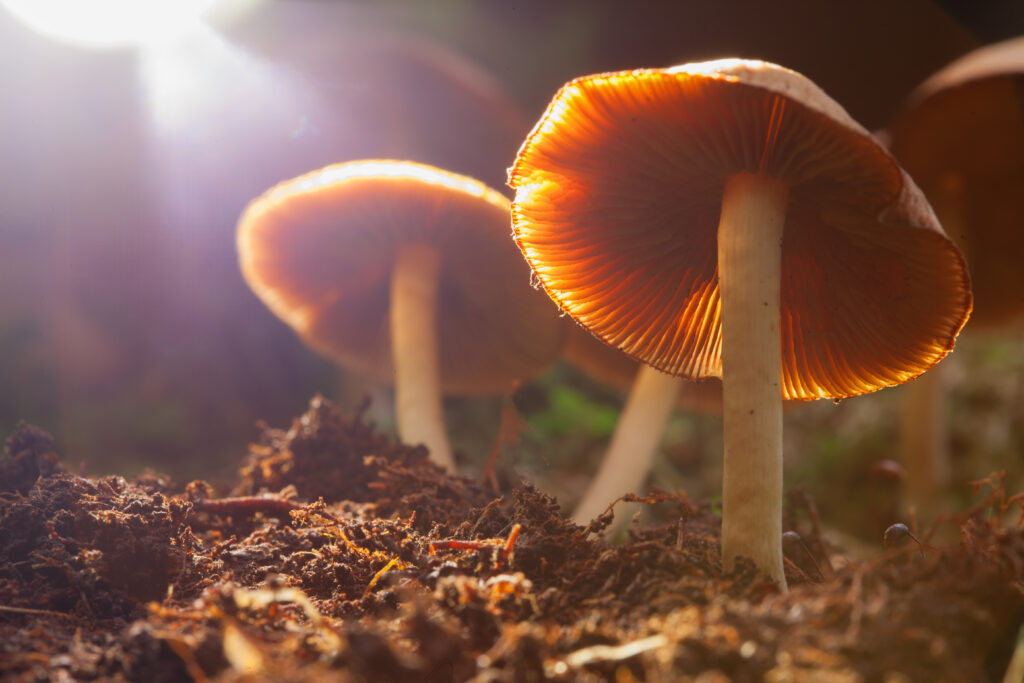 “The same government that is withholding viable treatments such as psilocybin with one hand, on the other hand is offering the medical assistance in dying.” — Spencer Hawkswell, CEO, TheraPsil

TheraPsil’s mandate takes a somewhat of a different approach than Ekosi Health to physician-assisted therapies, although both advocate for equitable and widespread access to plant/fungi-based medicines.

The same compounds that have been used for millennia by our ancestors have now proven to be both safe and effective under the lens of contemporary scientific study.

In November, members of TheraPsil took to Ottawa for a lobby week that the CEO called “the biggest lobby week yet,” which had the added bonus of being in person rather than being performed virtually.

Nearly every party extended invitations for TheraPsil to return, and the team will be heading back East to Parliament Hill on February 16th, 2023.

TheraPsil was conceived of for the purposes of medical therapy starting with end-of-life relief due to a compelling argument they had back in 2019.

“With the advent of medical assistance in dying,” says Hawkswell, “we had Canadians that were being given the option to die but not the option to try a treatment that’s 80 per cent successful in phase one and phase two clinical trials. And we thought: ‘that is morally wrong.’”

Today the group seeks to address any type of pain or symptoms patients present with where psilocybin may be a “reasonable medical solution for as determined by [the patients] and their doctor,” he relays. “As you can imagine, that extends well beyond life.”

The three regulatory pathways currently in place for Canadians’ access to psilocybin are: Section 56, where the Minister of Health offers an exemption; the special access program; and clinical trials.

Originally TheraPsil participated in the fight for Canadians’ right to safe access to treatment alternatives, but over the last years, what they’ve learned is that rather than fighting, a more fitting concept is this notion of being on the defense.

Actions the organization has taken in the defense of Canadians include the launch of a charter challenge and judicial review. “The review is of previously made denials of psilocybin exemptions to healthcare practitioners,” describes Hawkswell.

Many of the gaps he found were related to the practitioners’ lack of training. “We saw that as the first step,” he says. “First you train, then you are able to provide [medicine] to patients.”

The government ceased granting exemptions, which became another avenue for defense for TheraPsil who now have a judge reviewing the cases. “It’s our full expectation that those are going to be granted and we’ll be able to reopen this training process,” he concludes.

Hawkswell shared news of numerous disclosures from the court showing how the government “was actually acting in bad faith.”

Health Canada, more specifically, was acting in bad faith by ignoring their own internal expert opinions suggesting the safety and effectiveness of psilocybin therapy and by ignoring directions to enable clinical trials and practitioner training.

The non-profit now holds this documentation, which speaks to their “full expectation” of resuming training and offering therapeutic assistance to people in need.

Information reveals how Health Canada was instead making a political decision rather than a health care decision based on scientific evidence and morality.

“This has given us the smoking gun,” says Hawkswell, “and it’s the reason why, quite frankly, the lawyers are doing this pro bono.”

The organization is motivated by the constitutional challenge that regulated psilocybin represents, which may take a year or two, but the intent is to “strike down prohibition and give Canadians the right to access psilocybin with a doctor.”

Hawkswell likens psilocybin therapy to the same challenges that cannabis endured and is still, in some respects, enduring.

“It applies to every single natural health product out there. The government cannot stop people from accessing a medicine — it’s just not within our Charter of Rights and Freedoms.”

Ideally, Hawkswell and his team would like to see a resolution to the court case immediately. The lobbying done in November, and that which will take place in February, aligns with the imperative of overturning prohibition.

They are protesting the government’s actions which speak in favour of “actively prioritizing medical death before medical treatment,” he says.

If by March there is a resolution, then perhaps in another year – by March 2024 – psilocybin would see similar regulatory privileges to those awarded to the cannabis plant. That is, growth and access through licensed producers, home growing, and medical access where doctors behave as gatekeepers and patients receive medical notes.

Hawkswell admits to seeing the flip side of fighting in court for 20 years over this to get to that same hopeful outcome, “or,” he says, “government can just see the writing on the wall and go, ‘okay.’”

“With a Liberal government,” he clarifies, “who is able to pull this off with the best intentions of Canadians… Because the last thing we want to be doing is working with a Conservative government on this.”

B.C., where fruiting bodies grow wild in the lawns of law enforcement

The benign therapeutic substance that can be found growing freely in the lawns of our institutions house a potential treatment alternative that we are close to seizing, in a mutually beneficial way.

People are asking for this medicine.

Already 2500 people have signed up for treatment and trials through the TheraPsil website. Every year, another thousand voices join the movement, and while the organization has only assisted a fraction of that number, they’ve determined through a survey that approximately 75 per cent of people “got access underground.”

The potential of this patient centred organization is immense.

“If you look at our social media, it’s always been patient and healthcare practitioner voices,” Hawkswell says.

“I think people need to see Janis Hughes. They need to see Thomas Hartle; the people behind this movement,” to understand these are not recreational drug users, they are people “who need one (heroic) dose of psilocybin in a therapeutic session with their doctor,” to instigate meaningful change in their lives.

These sessions can assist in reconciling the fear of death, in better understanding end-of-life transition, and having eye-opening visionary experiences that show them they are not alone and, in fact, they are going home.

Hawkswell extends a call to action to Canadians: “If anybody in Canada wants to know how they can support, it’s by encouraging the government to stop fighting our aunts and uncles and our brothers and sisters.”

Encourage government to “stop denying [our family members] compassionate access to their medicine – leaving them with only the option of medical assistance and dying,” he reiterates.

“It’s something I don’t think any Canadian I’ve met in the three years doing this would deny.”