February 3, 2020
By By Teresa Wright, The Canadian Press

February 3, 2020By By Teresa Wright, The Canadian Press 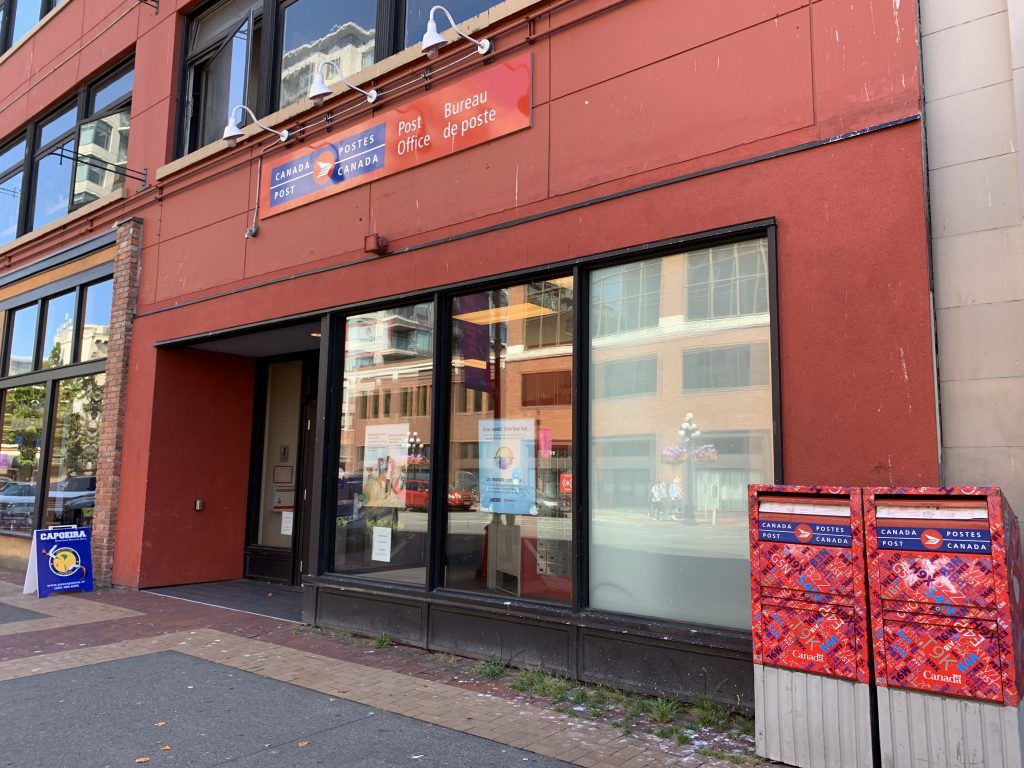 Over the last year, residents have been experiencing a rise in the number of their letters and packages being searched and seized by U.S. Customs and Border Protection authorities. (Credit: Wikimedia Commons)

Canada Post has asked cannabis producers to stop shipping marijuana to a small island in Eastern Canada, in order to curb a sharp increase in the number of mail trucks being stopped and searched by U.S. border officials.

Campobello Island, located off the southwestern tip of New Brunswick, is accessible year-round only by a bridge from the American state of Maine, so all mail to the community must pass briefly through the United States.

Over the last year, residents have been experiencing a rise in the number of their letters and packages being searched and seized by U.S. Customs and Border Protection authorities.

U.S. officials do have the right stop and search any vehicle at their discretion and detain or seize any item they deem to be inadmissible.

But some residents say it’s happening so often, they feel their privacy is being violated.

“Residents on Campobello are distressed and unhappy that their mail that’s delivered by Canada Post is being searched by U.S. border officials,” says Conservative MP John Williamson, who represents the area.

“Given the sanctity that we view the mail service as a way to communicate with our physicians, our banks and our families, this is distressing.”

It’s not the first time this has happened to the community of fewer than 900 people.

Kathleen Case, a postmaster at a local post office, said she recalls stepped-up searches and seizures of mail by U.S. authorities in the past, including after the 9/11 terrorist attacks.

This time, many are pointing to Canada’s legalization of cannabis as a possible cause.

Recreational use of the drug is legal in Maine as well, but it remains against the law to ship it across the border.

Canada Post did try to get ahead of the issue before pot was legalized in Canada in 2018 and worked with U.S. border officials on a process to “seal” Canadian mail trucks to Campobello Island to prevent mail from being tampered with.

Despite this, Canada Post is “seeing its vehicle stopped regularly and packages seized,” according to a briefing note prepared for Public Services and Procurement Minister Anita Anand.

That’s why Canada Post sent a letter to licensed cannabis producers last October, asking them to end shipments of cannabis to Campobello Island entirely in an effort to curb the number of searches, the briefing note says.

Cannabis New Brunswick, the retailer of recreational marijuana in the province, confirms it has stopped shipments to the island and that they’ve been told Canada Post is working on a solution.

Meanwhile, the searches have continued.

Canada Post says it is in discussions with U.S. Customs and Border Protection authorities and that these talks “have been productive.”

“Our goal is to provide timely and reliable service to the residents of the island,” said Phil Legault, a media relations officer for Canada Post.

“While this delivery method has been in place for many years without issue, we are continuing to monitor our approach.”

Brett Newman, the mayor of Campobello Island, says residents are frustrated and they want Ottawa to do more to make the searches stop.

“Residents comment and discuss the issue daily. Packages accessed by U.S. Customs and mail services being disrupted is not normal,” he said.

“The Canadian government has made very little effort to fix this problem and seems to be all right with United States doing as they wish with Canadians’ mail.”

Some residents say the issue is tied to the lack of a year-round ferry service between the island and the mainland of New Brunswick. A petition has been started trying to get federal support for a ferry.

Williamson raised Campobello’s mail woes in the House of Commons last week, saying Canada Post’s response has been “tone deaf” and called on the Liberal government to dedicate federal dollars toward a year-round ferry service for the island.

Steven MacKinnon, parliamentary secretary to the public services minister, sympathized with the residents, calling it a “vexing conundrum.”

He suggested the provincial government should propose solutions, “including transportation solutions,” that Ottawa would be prepared to support to solve the mail issue.

Case is among those who believe the problem would be solved by a new ferry. She doesn’t blame U.S. border agents for acting within their authority, but feels instead that Canada has left the island residents to fend for themselves.

“I feel that I am being neglected by my own government and its responsibility,” she said.

“The only way for us to receive unimpeded access to Canadian goods and services is to have a link to Canada. We don’t have one.”