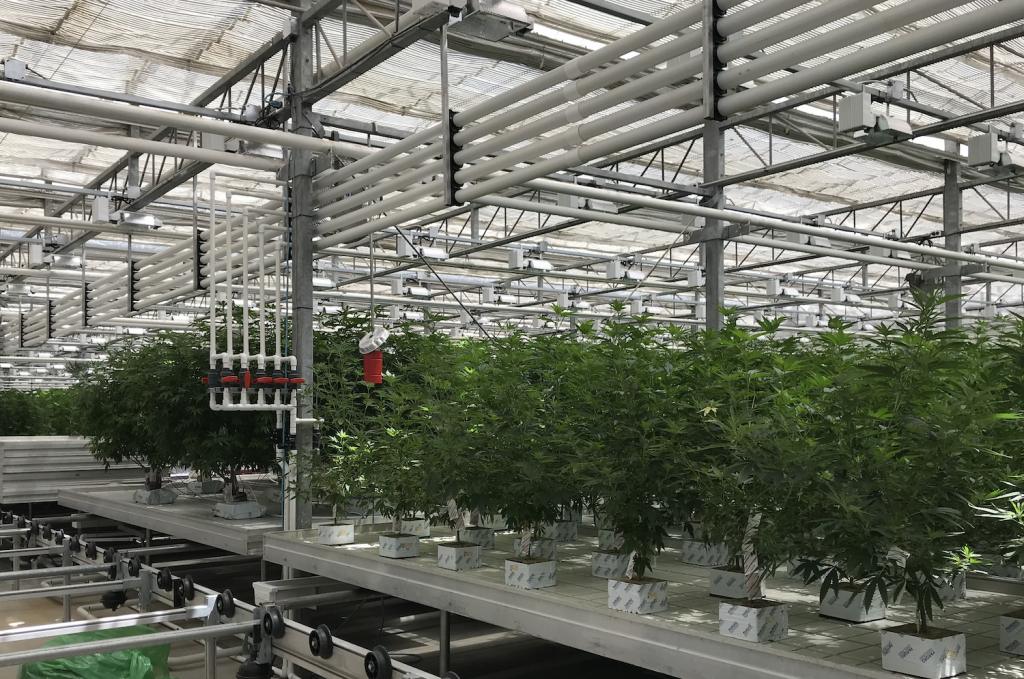 One of the grow rooms at CannTrust's production facility in the Niagara region.

Shares of CannTrust Holdings Inc. dropped to their lowest level since 2017 as a crisis stemming from a Health Canada investigation of illegal cultivation at one of its greenhouses continues to spook investors.

CannTrust shares closed down more than 17 per cent to $3.34 on the Toronto Stock Exchange on Friday, down sharply from its closing price of $6.46 one week ago before the company disclosed Health Canada’s findings involving its Ontario greenhouse.

The Canadian cannabis company said last week it had been notified by Health Canada that the regulator had discovered unlicensed cultivation at its Ontario greenhouse between October 2018 and March 2019, before the five rooms received the appropriate licences in April 2019.

Former CannTrust employee Nick Lalonde said he was asked to put up fake walls and obscure unlicensed plants in photos that were submitted to Health Canada.

The allegations, first reported by the Globe and Mail, were repeated to The Canadian Press by Lalonde on Thursday.

“We were hanging them up to cover up all these plants, thousands of plants… and then we would be taking these photographs,” said Lalonde, who previously worked in CannTrust’s Niagara-area greenhouse.

He added that a supervisor indicated that the photos were destined for Health Canada and the walls concealed the cultivation in unlicensed rooms.

“This is a government entity… I’m not okay with this,” Lalonde said he replied at the time, adding that he had notified regulators of his concerns once he left the company in May.

CannTrust chief executive Peter Aceto has said “mistakes” were made and it is conducting a thorough review with the help of external advisers to determine what transpired.

On Thursday, it announced that an independent special committee of CannTrust’s board of directors has been established to “investigate this matter in its entirety.”

CannTrust did not respond to repeated inquiries from The Canadian Press on Friday.

CannTrust also announced on Thursday that it had implemented a voluntary hold on the sale and shipment of all cannabis products “as a precaution” while Health Canada visits and reviews its Vaughan, Ont.-based manufacturing facility.

“CannTrust is working closely with the regulator through the review process and expects to provide further detail of the duration of the hold and other developments as they become available,” the company said in a statement.

The company placed a hold on medical sales through its customer service line and online since Wednesday.

There are 12 product names and 26 lots affected by Health Canada’s investigation, including pot strains Easy Cheesy and Flix n Chill, according to an email sent by the Ontario Cannabis Store to retailers.

“We have voluntarily decided to place a hold on the sales of the impacted products until further notice,” the OCS said in the email obtained by The Canadian Press. “That means we will not fulfil any orders you may have made for these products on this week’s order submission. Of note, we have also decided to withhold direct product sales through our online channel.”

The shipping dates for these lots ranged from Feb. 21 and July 4, according to the email.

CannTrust’s Danish partner said on Thursday it had upped the amount of CannTrust’s products it has put in quarantine, pending Health Canada’s investigation.

Stenocare said in a statement that it had received updated information from CannTrust that showed five batches of the Danish company’s inventory originated in the five unlicensed rooms and these products have been quarantined for potential destruction. Earlier this week, Stenocare said only one “very small” batch of products had been affected.

On Friday, the Nova Scotia Liquor Corporation told The Canadian Press that it had placed all CannTrust product in its distribution centre on hold.

Authorities in Alberta had also removed from sale and distribution or put on hold certain affected products from CannTrust.