Features Finance Regulations
E is for Excise: The elephant in the room

Industry experts weigh in on the impact of the excise tax for LPs, and why certain policies disproportionally affect smaller producers. 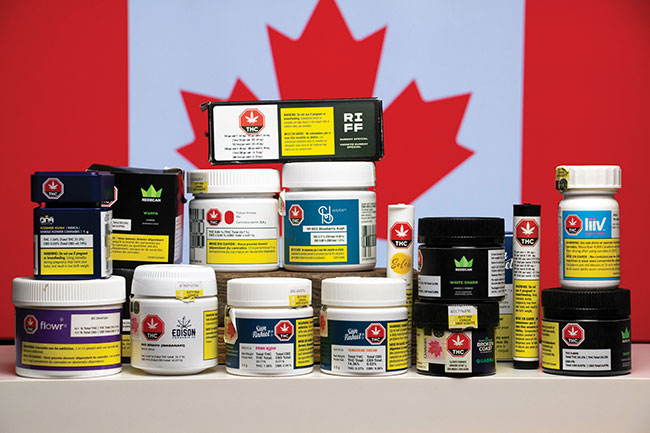 The Excise Act establishes some of the most stringent regulatory setbacks encountered by compliant producers of legal cannabis across Canada. Photo: © Atomazul / Adobe Stock

The excise tax, signalling stark red tape in the sector, is certainly not news to those involved, and whether the burdensome issue will be repealed or not, at this point, is unknown.

Some bureaucratic checks and balances are simply accepted, while others are deemed counterproductive or too complex. In        Canada, the federal and provincial excise tax falls into the latter category.

Understandably, producers and processors anticipate simpler, more streamlined operations as well as the elimination of certain tax burdens they face every quarter.

“The key problem with the federal excise tax is that it’s a fixed levy paid by licenced producers. Introduced as a flat duty of $1/gram or 10 percent of the wholesale sales price above $10/gram for dried cannabis (whichever is higher), it has become especially arduous for smaller producers squeezed by price compression,” says Denis Gertler in correspondence with Grow Opportunity.

Regulatory expert Gertler penned a letter to Minister Freeland expressing problems with the excise tax from an LP’s perspective — his statements were pulled from this document.

Gertler’s writings were in support of Tantalus Labs CEO Dan Sutton’s Stand for Craft white paper initiative — a 40-page document that breaks down excise duties and the associated financial chaos.

Canadian excise debt has risen exponentially in only a few short years and there are various factors cited as the cause for this dramatic uptick. These include price compressions on products, increased competition as federal licenses jumped from 342 in 2020 to 856 in 2022, and a tax system that does not discriminate   between large and smaller companies.

The problematic timing of taxation
Jennifer Welsh, chief financial officer for top Canadian edibles producer, Indiva, chimes in with her understanding of how LPs are hindered by regulatory setbacks.

“One of the biggest items is timing,” says Welsh. “Excise is remitted at the end of the following month after a sale occurs. Ontario is the largest market, and they pay net 60. Every other province, excluding Alberta, pays net 30. So, there’s a lot of circumstances where the LP is having to cover the excise remittance before the invoice is actually collected.”

Welsh points out that the government is currently evaluating their procedures and are going through the “review process of the legislation now — what is and isn’t working — and where they might need to make changes,” she says, agreeing that a $52.4 million debt load must have certainly caught their attention.

“It really does hinder our ability to compete with the illicit market…but it’s counterintuitive because so much is going back to the government,” she says, adding that the government is technically double dipping because they charge HST on top of the gross price. Therefore LPs are paying HST on the excise tax.

George Smitherman, former Ontario Cabinet Minister best known for his stint as Minister of Health and CEO of the Cannabis Council of Canada, C3, sees how the aggressive federal profit-taking tactics are being compounded at the level of retail.

“The Ontario Cannabis Store is really a rapacious player in our sector. Their mark-up level really stood out as ‘insult upon injury’ of an overall taxes, fees, and mark-up regime, which is too aggressive.”

“The current [excise] model is not sustainable,” he says. “But in order to exact improvement on it we have to rally           consensus, not just in Ottawa, but with 13 provinces and territories.”

The Excise Act
Gertler insisted that the Deputy Prime Minister of Canada consider the way in which the addition of the excise tax, on top of “good production practices and product testing, paying payroll, income, property, and other taxes,” is bringing corporations to their knees.

“Cannabis producers are paying 20 percent to 35 plus percent of gross revenues to excise tax, which in many cases is greater than their total payroll costs. When added to payroll and other costs borne by legal LPs, the excise tax becomes the straw that breaks the backs of these compliant businesses.”

Furthermore, he feels that “the federal excise tax as it’s currently applied is the wrong policy tool for Canada’s fledgling cannabis industry.”

“Excise taxes are often used as a punitive fiscal policy measure… and as a result, the federal government is rewarding illegal cannabis businesses (which pay no tax) while burdening compliant legal cannabis producers.”

Concluding with cautious optimism
While the industry all but demands political reform insofar as the Excise Act and taxes are concerned, and rumours of its acknowledgement descend from the federal level, still Smitherman expresses he’s “a little worried for the people that are betting on a quick fix to the excise model.”

George Smitherman and other regulatory experts continue working with   organizations and politicians to address and mitigate the damage being done to this industry, as it currently operates.

Smitherman is optimistic that a recent analysis by accounting firm Ernst & Young identifies the overreaching and troublesome tax, shedding light on the first step in its remediation.

He’s now working on “phase two with Ernst & Young, which will be to present, in economic terms, the information that the government needs to know.”

“We need people in Ottawa, with their members of parliament and in provincial capitals, to build awareness around excise. Those are the things we have to do,” Smitherman asserts, “before we can begin to expect that we’ve created a   dynamic for change.”

Jon Hiltz is a legacy cannabis journalist, having entered the space in 2016. In 2018, he published his first book, The Wild West: Canada’s Legalization of Marijuana, and he also worked as a business developer for leading edibles producer, Indiva,      for over four years.