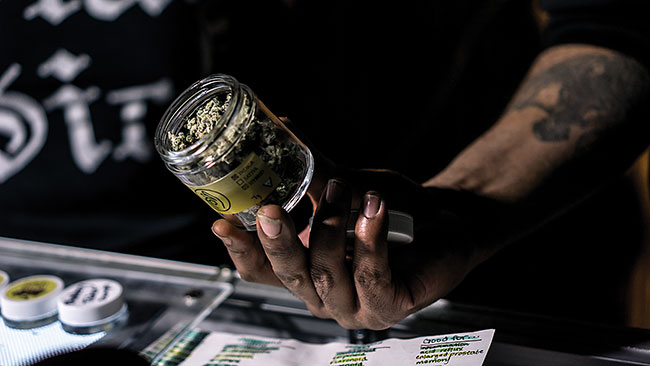 Many say that “anything goes” in Las Vegas, but that has not been true with cannabis. In fact, under existing law, a cannabis establishment is prohibited from allowing a person to consume cannabis on the property or premises of the establishment. Existing law also makes it illegal for someone to consume cannabis in a public place, an adult-use cannabis retail store or in a vehicle. However, that is all about to change.

In early June, the Nevada State Assembly passed Assembly Bill 341 (the ‘Bill’), signed by Gov. Steve Sisolak, which gives the state Cannabis Compliance Board the authority to licence and regulate cannabis consumption lounges. Many in the tourism industry (and tourists themselves) immediately rejoiced at the news, but the shift is also a boon for the local and state cannabis industries, which may now see exponential growth in consumption and a corresponding ‘trickle up’ effect to the top off the supply chain.

Back in Canada, rules pertaining to cannabis consumption are governed by the provinces and territories with most having fairly liberal rules around consumption. That said, many in the industry still feel there is a place for consumption lounges in Canada and it is worth having a look at what the Las Vegas regime looks like and what lessons it may hold for the Canadian cannabis industry in the future.

Granting consumers the ability to consume essentially at the retail store in Las Vegas gives tourists and non-residents a venue to consume products that did not previously exist for them. In Ontario, such a venue is not necessary given that by and large, customers could consume their purchases in public shortly after leaving the store. However, allowing customers to consume in-store allows for interesting in-store product sampling possibilities and could dramatically change the dynamic of the farmgate retail experience.

The products that may be sold at consumption lounges that are attached or directly adjacent to an existing cannabis store are restricted to what are classified as single-use or ready-to-consume cannabis products. If similar rules were enacted in Canada in the future, we could expect to see some new product innovation and offerings from producers.

Quality control on products
The bill explicitly provides for the adaptation of regulations governing the sale and consumption of such products. However, what remains to be seen is if such rules will necessarily entail new packaging and labelling requirements and what the adverse effects will be, if any, of those requirements as they relate to producers at the top of the supply chain.

Quality control on premises
Liability concerns have often been cited as being at the heart of the reason that legal consumption lounges are not permitted in Canada. America is a far more litigious society than Canada by nature, and it will be interesting to see how frequent liability issues arise, how serious they are when they do, and whether they end up being aimed at the producer, the lounge, or both.

The bill also expressly permits consumption lounges to offer live entertainment. Concerts, comedy clubs, yoga studios and spa services are just some of the many possibilities.

These types of permitted uses are exactly why cannabis consumption lounges could become a viable business model in Canada.

Respect for roots and diversity
We’d be remiss if we failed to mention that the bill requires the regulator to establish scoring criteria to be used in evaluating applications for consumption lounge licences (which will be capped initially). Importantly, the scoring criteria must include consideration of diversity on the basis of race, ethnicity or gender and whether the applicant qualifies as a “social equity applicant”, which is defined in the bill as someone who has been adversely affected by provisions of previous laws which criminalized activity relating to cannabis.

Good on you, Vegas.