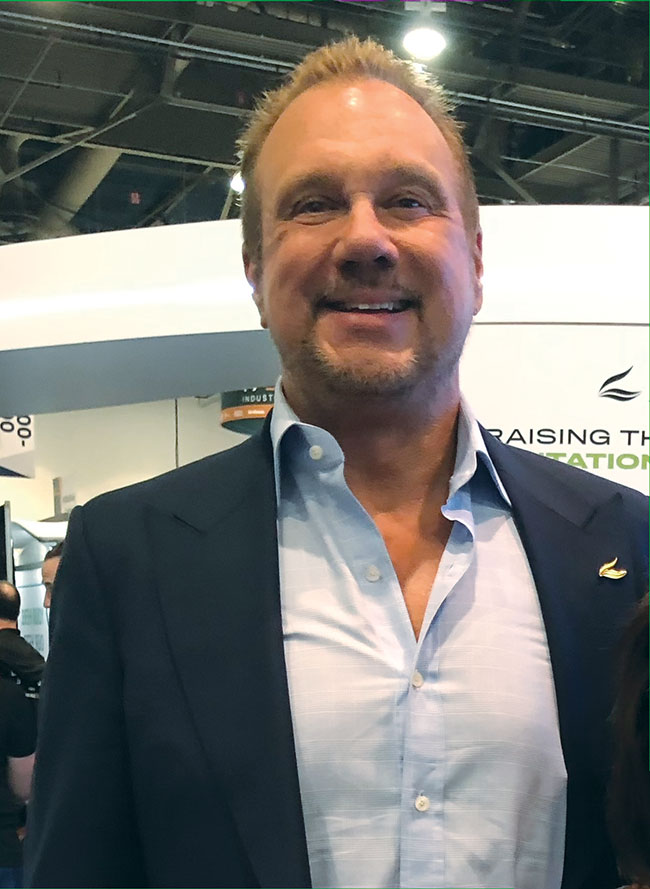 Behind every high-quality cannabis yield is great nutrition.

Over the last 20 years, Advanced Nutrients has been providing growers the nutrients to grow bigger and better buds. Michael “Big Mike” Straumietis is the man behind this $90-million-a-year empire. But Straumietis is not just your ordinary businessman.

He has spent the last 36 years in the cannabis space advocating against prohibition, engaging plant researchers and scientists, donating significant sums to help patients get access to medical marijuana, and even creating a political party in Bulgaria to fight against government corruption. Grow Opportunity caught up with Straumietis in Las Vegas during MJBizCon in December.

Grow Opportunity: Canada has passed one year of legalization. What are your observations of how the industry has fared so far?

Michael Straumietis: People are rushing into a space that they don’t understand. Even the money guys aren’t understanding it and they are not seeing it. They are treating it like it’s a regular space – and it’s not. This is highly regulated space. Not only that, it’s very new and countries have to make decisions on what they are going to do. The path to eventually where we want to go is going to take some time. What is happening is people are burning through cash because of that. I will tell you this, in five years 90 percent of these companies that are here today will not be in this hall because they’re just going to run out of money because the business isn’t there. Certain sectors are doing better than others. If you’re on the touch side and you’re growing and you got a product, you have got to pace yourself. This is a marathon, it’s not a sprint. People are treating it like it’s a sprint, and you see what their burn rates are when it comes to financing. Eventually those investors are going to throw their hands up. In fact, they’ve already done that in Canada as you’re well aware. Investments have slowed down so the market can stabilize and see what’s really going on.

Canada produces $16 billion worth of cannabis every year in a marketplace that is $4 billion. I predict very easily three quarters to 80 per cent of the businesses from Canada will go out business or will be absorbed by another company. There will probably be three big players out there left standing when this is all said and done.

GO: One of the biggest challenges for the legal market is the price gap between the legal products and illicit cannabis. How important is it for the industry to address this?

MS: That’s the biggest issue is the black market. They have not controlled the black market and until they do, investors are not going to realize the full profit potential that’s actually out there. In my particular sector, it doesn’t really matter. It doesn’t matter if it’s black market or if it’s a licensed producer; they need fertilizer to grow their cannabis. So either way, I’m in a position to win.

If you look around, all the technologies that are here at this show, it’s absolutely amazing. If you have said five years ago to me that this is what it’s going to look like, I would have had a hard time wrapping my head around this enormity of what’s going on at this show today at MjBizCon.

GO: Where are the potential opportunities for growth and higher revenue for licensed producers?

They are going to look where labour and land are cheap and they are going to produce this. They are going to make what’s called recombinant products because that’s the only way you can ensure quality whether it’s in London, Los Angeles or Tokyo. You have to be able to take that plant apart and recombine it in a way that you can replicate it every single time.

GO: You’re organization also invests in research and development. What do you see as lacking in the industry when it comes to research and where are the opportunities to do R&D?

MS: There’s 115 different cannabinoids and 120 different terpenoids and there’s 529 different chemicals in cannabis that have been discovered to this date. I have to say that we are at the tip of the iceberg. We know very, very little about the potential of those plants. We are unlocking it very quickly. And so, when you ask that question, research comes to mind. Research is the single most important thing for us moving forward and governments have to realize that and allow us to research that plant unimpeded, and be able to then license that and get it to marketplace without spending $300 million or so to do that. There has to be a better way of doing this.

GO: What has been the biggest takeaway for you from the legalization of cannabis?