Aurora Cannabis Inc. has inked a friendly deal to acquire MedReleaf Corp. in an all-stock transaction valued at $3.2 billion, marking the biggest acquisition to date in Canada's cannabis industry. 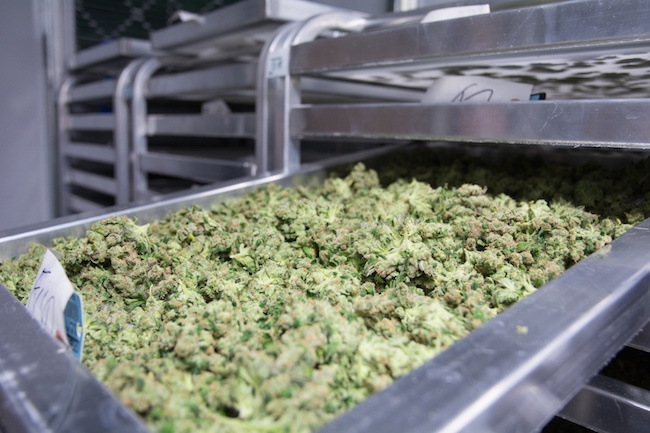 The transaction will create a cannabis behemoth capable of producing more than 570,000 kilograms of marijuana per year, the companies said Monday, as the country moves to legalize recreational marijuana later this year.

Current shareholders of Aurora – one of the Canadian cannabis industry’s major consolidators – would own 61 per cent of the combined company and MedReleaf shareholders would own about 39 per cent.

“Our complementary assets, strategic synergies, and strong market positioning will provide us with critical mass and an excellent product portfolio in preparation for the adult consumer use market in Canada,” Aurora chief executive Terry Booth said in a statement.

“Equally, the combination strengthens our capacity to service the rapidly expanding global medical cannabis markets, and amplifies our early-mover advantage.”

Consolidation in the Canadian marijuana sector has been accelerating as the country prepares to legalize cannabis for recreational use later this year.

Most recently, Aurora announced in January it would take over Saskatoon-licensed producer CanniMed Therapeutics after a hostile bid turned friendly. The transaction was recently completed after striking a $1.1 billion stock-and-cash deal in January.

Rival cannabis company Canopy Growth Corp. announced separately on Monday that it has a non-binding agreement to buy the remaining 33 per cent stake of BC Tweed Joint Venture Inc. in return for up to $374 million worth of its shares. Canopy also announced it has applied to list its common shares on the New York Stock Exchange.

Edmonton-based Aurora and Markham, Ont.-based MedReleaf had confirmed on May 3 they were in discussions but had no agreement at the time.

The companies will have nine production facilities in Canada and two in Denmark and distribution agreements with Alcanna liquor stores in Alberta, SAQ provincial liquor stores in Quebec, Pharmasave and Shoppers Drug Mart.

The boards of both companies have approved the transaction but the deal requires approval by at least two-thirds of MedReleaf shareholders and a simple majority of Aurora shareholders.

“By combining with Aurora . . . we will be ideally positioned to set the global standard for our industry at a pace that will be difficult to match,” MedReleaf CEO Neil Closner said in a statement.

Vahan Ajamian, an analyst with Beacon Securities, said this was the biggest deal in the Canadian cannabis sector yet. He viewed the deal as positive for MedReleaf shareholders.

“MedReleaf’s shareholders will be getting a healthy premium,” he said in a note. “We believe this development will spark M&A enthusiasm across the sector.”