VICTORIA – The B.C. government has unveiled its plan for regulating the sale of recreational marijuana, in a move that municipalities say gives them welcome breathing room. 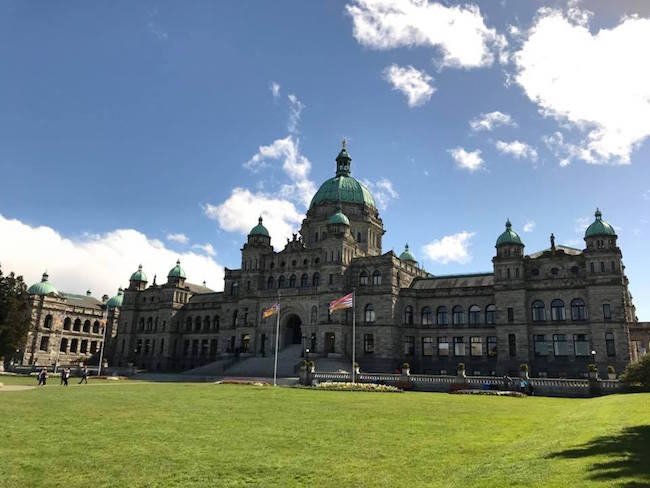 Solicitor General Mike Farnworth shed more light on the shifting retail landscape in a trio of bills he introduced last week that will, if passed, determine the legal framework for the drug’s regulation.

“It puts our province in a position to not only meet the federal deadline, but does so in a way that satisfies our provincial goals to protect children and youth, prioritize public health and safety, keep cannabis out of the hands of criminals, keep our roads safe and protect B.C.’s economic prosperity,” Farnworth said.

While the introduction of legislation marks a big step toward regulating recreational marijuana in B.C., some grey areas remain. Provincial staff are still working on a price point that will stem the black market and British Columbia is hamstrung until the federal government makes decisions on the legality of edibles and impairment detection technology for drivers, he said.

Under the legislation, the province would have jurisdiction over wholesale distribution of cannabis and sales would be allowed to buyers who are at least 19 years old.

But it would be up to each municipality to determine if and where recreational marijuana can be sold, and whether it is sold in private or government stores, or a mix of both.

Provincially run pot shops would operate under the banner B.C. Cannabis Store, similar to the B.C. Liquor Store model. The first government-operated retail store is expected to open by late summer and public sales would also be available online.

Farnworth said a range of products would be sold at public stores, including oils and dried marijuana.

Anyone interested in operating a private store – including existing dispensaries – must apply for a licence. Operators must also pass a background check and while minor offences will be overlooked, major criminal offences like trafficking will not.

“There will be comprehensive background checks that look into the whole range of where the money’s coming from, who the directors of the company are, is there any link to organized crime,” Farnworth said.

“If you have any links to organized crime, you’re going to be out the door, you won’t get a licence.”

Vancouver Coun. Kerry Jang, who co-chaired the provincial-municipal cannabis committee and spoke on behalf of the Union of B.C. Municipalities, said local governments are “delighted” by the proposed laws.

“Municipalities have a very clear say as to whether or not their community would like a cannabis shop. I think the penalties and enforcement, which is now the exclusive role of the provincial government, is excellent. And they have the teeth and the powers to actually bring everybody into compliance quickly and sort of end the craziness that’s out there in the province.”

In Vancouver, he said he’s looking forward to seeing dozens of dispensaries that are not in compliance with city bylaws penalized.

The union is still working on revenue-sharing with the province, Jang said, but that’s less of a concern now that municipalities won’t be expected to carry a heavy enforcement burden.

There will also be a 90-day driving prohibition on drivers found under the influence of drugs and a zero-tolerance policy for new drivers in the graduated licensing program found with any THC in their systems.

“Legalizing cannabis is very complex and too important to rush – but we’re only months away from federal legislation and we’re just now getting the first glimpse at an implementation plan,” Morris said in a statement.

Adam Olsen, the Green spokesman for cannabis legislation and agriculture, said the party is pleased with the direction of the proposed laws.

“Looking ahead, my priority is to ensure that the regime maximizes business opportunities for local companies while mitigating adverse effects on existing business and communities,” Olsen said in a statement.

– By Amy Smart in Vancouver
Print this page