Canada is well-positioned to take its legalized cannabis expertise to the European market, but there are factors to consider to ensure success 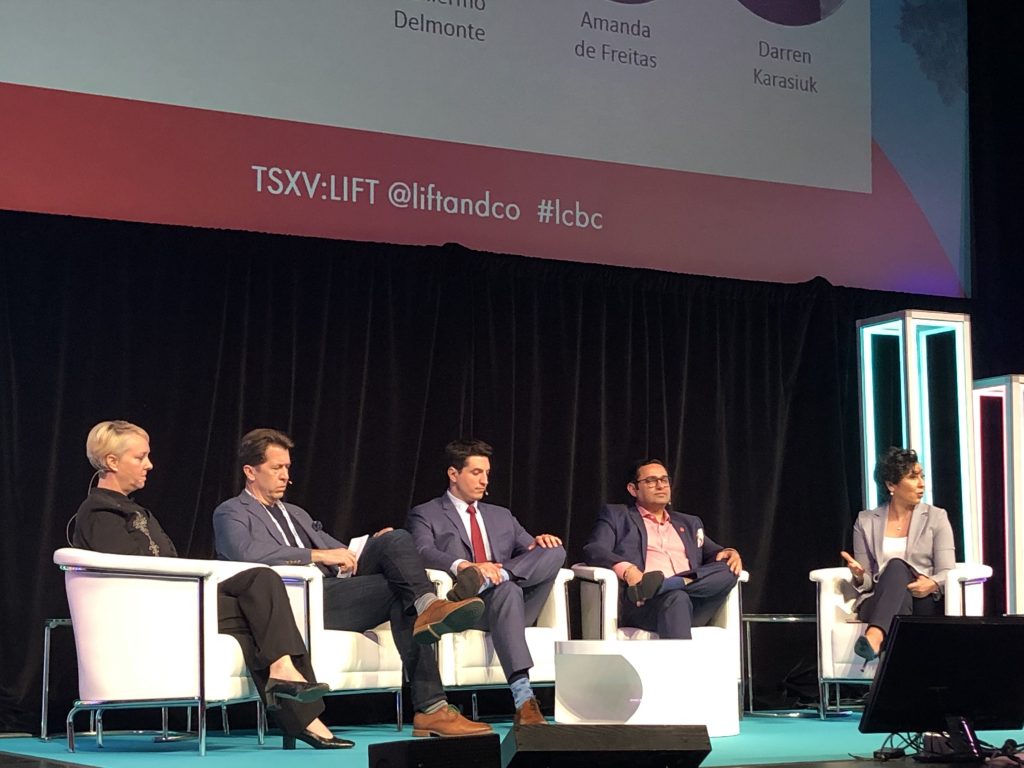 TORONTO – The European market is ripe for the picking for Canadian cannabis enterprises, but venturing into the market may not be as easy as many would believe.

Despite Canada being an early mover in the cannabis industry and well-positioned to take on global markets, panelists participating at the Lift Cannabis Business Conference (LCBC) in Toronto on Thursday cautioned there are multiple things to consider before jumping into the international cannabis market.

For starters, not all European jurisdictions are created equal. There are regulatory differences, consumer nuances and product preferences to consider.

Secondly, a European expansion may not be everybody’s cup of tea.

“There is a real opportunity to springboard ahead in Europe using some of the mistakes that we’ve learned at home, of which there’s been quite a few,” said Deepak Anand, co-founder and CEO of Materia Ventures. “However, it’s not for every Canadian company to go international but there’s certainly opportunities for a great chunk of companies to go abroad.”

Anand was part of a panel discussing strategies for Canada to expand into the growing European cannabis market.

Going global also does not necessarily mean going big. There are good opportunities for investments in the European market, but not all companies can emulate the big LPs, Amanda de Freitas, director at Red Fund Capital, pointed out.

“A huge part of our population is of European descent, so if you are a small guy looking to take your business to Europe and you’ve got family and connections, you have the ability to set up a business,” she said.

But that’s not all it’s going to take, de Freitas added. “You can’t just come up with an idea; you have to have boots on the ground and be able to build that infrastructure. That’s very important. You’re turning economies. It’s a lot of education, it’s a lot of lobbying, it’s a lot of work.”

Figuring out the nuances of consumer preference and what products will work well in a particular market is also part of the homework.

“It’s critically important to have local market knowledge and understanding. There’s a whole lot of nuance between the various countries. There’s also the integration part… that cross-pollination piece of it so you get the best knowledge transfer going both ways,” Karasiuk said.

Where the biggest opportunity for short-term revenue in Europe currently may be in CBD, according to Guillermo Delmonte, president and COO, RAMM Pharma Corp.

“We can have revenue (with CBD) in the short term; the entry barriers are very low,” Delmonte said. “If you want to start selling or get medical products into Europe, you have EU-GMP standards and requirements, the entry barriers are much higher, so you need much more investment, dedication and work in order to get those products.”

“Let’s not forget there’s domestic companies within Europe that are currently selling CBD that have a big chunk of the market. They are U.S. operators that are getting into black market,” Anand said, which will cause an imminent shake-up in that market.

European authorities might soon be cracking down on products currently being sold in the market. A recent report that investigated the contents of CBD products being sold showed varying degrees of discrepancies. The report found not all the products being sold are what they’re supposed to be.

“Some of them are downright unsafe,” Anand said. “So that whole market is going to be shaken up and there’s a real opportunity to get into that market as long as you know what you’re doing, what products are you actually launching, and that’s where you need to focus your strategy in.”

No doubt, Europe is going to be the biggest cannabis market in the world, predicts Anand. And as much as Canada is able to bring the expertise of scale and regulatory compliance to the table, its U.S. counterparts cannot be ignored, not just their potential to become a significant player in Europe but in Canada as well.

“There’s opportunity right now to take brands from the U.S. into Canada,” said Tahira Rehmatullah, managing director of Hypur Ventures. “A lot of the brands in the U.S. right now are very regional… As retail here continues to grow, and as licences continue to roll out, you can take a lot of what the U.S. has already done in those regions and replicate it here.”

Rehmatullah was part of the LCBC panel, “The northern invasion: How Canada can capitalize on U.S. legislation,” which discussed the potential for Canada to play in the U.S. market and vice versa.

The ancillary businesses that serve the cannabis industry is a huge potential.

“When we think about cannabis we always just think about the product and the end-consumer and the path to get there. But there’s so many things along the way that we should all consider,” Rehmatullah said. Everything from software applications and technologies for retail to marketing and packaging, they all have the potential to grow alongside the cultivation and production side of the cannabis business.

For licensed producer CannTrust, the U.S. is a market that will always be in the company’s radar, but it’s not the end-all-be-all.

“For us there is a gigantic global opportunity, but the U.S. is certainly one that we’ve been working on for some time,” said Peter Aceto, CannTrust CEO. Although the Farm bill has made some progress south of the border, the regulatory details are something that still need to be ironed out.

“I do think that Canadian licensed producers have an opportunity (in the U.S.) but we don’t have a lot of time in order to be a part of it. The opportunity is not just in the U.S., it’s a global one as well.”

Aceto stressed, however, that while he anticipates and is cautious about the potential flow of U.S. products into the Canadian market, his company still believes it’s important to forge partnerships with market leaders in the U.S. for knowledge sharing.

“The world is watching Canada and sees us as a leader in working on solving this problem about legalized cannabis,” Aceto said. “Any provider (in Canada) who has been in this industry and learned how to evolve and perfect it and do it in a regulatory compliant way… gets an opportunity outside of the U.S. to be listened to.

“I think we’ve built a good brand so far in terms of how this country has gone about doing what we do. I do think the opportunity is significant and can exclude the U.S. I think it’s an opportunity that shouldn’t be ignored, but I just think that that’s a choice,” the CannTrust chief executive said.

Related
The skinny on extracts and edibles