April 13, 2017, Smiths Falls, Ont. – One of Canada’s largest marijuana companies is preparing for big news out of Ottawa later today. 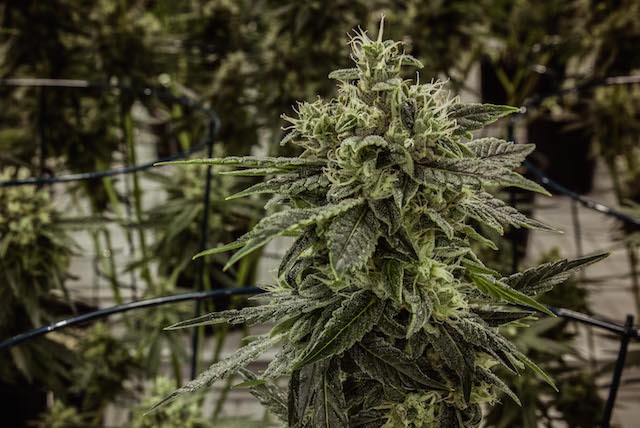 Looking forward to a legal recreational market made up of an ecosystem of new and exciting businesses, many of which will be introducing themselves to Canadians and their communities for the first times, Canopy Growth has a variety of social responsibility programs already in place.

In addition to numerous donations to local cultural and health-based initiatives, it has previously committed that $1 per bottle of cannabis oils sold through its subsidiaries will be allocated to address issues that are unique to cannabis consumption. Through this dedicated fund, Canopy Growth has already provided resources to:

• Mothers Against Drunk Driving Canada, in order to create safe driving campaigns to address the important issue of driving under the influence of cannabis. “We know that this is an important issue in the context of legalized recreational cannabis use and as a company we know we need to do our part to increase awareness through impactful, independent evidence-based campaigns,” notes a company news release.

As a first step, CDPC conducted an in-depth evidence review and knowledge translation. This work, led by renowned drug policy experts Donald McPherson and Rielle Capler, is complete and available online. MADD Canada’s television campaigns were written with the best available research in mind and are presently in production for airing later in the spring.

Following the acquisition of Mettrum and the launch of the Tweed Main Street online store where patients can access all products produced by several of Canada’s leading producers of cannabis in one location, the $1 per bottle education contribution will now extend to Mettrum oil products as well.

THE NEED FOR PARENTS TO SPEAK TO THEIR CHILDREN

“Moving forward, we know that too many young Canadians are consuming cannabis and parents need resources to speak to their children about drug use,” notes the company in its news release. “With that in mind, the next prong of our CSR program will focus on supporting parents and other adults to have informed conversations with youth about the use of cannabis.

“We are proud of the work we’ve accomplished to date and look forward to setting an example of how a modern cannabis producer can play a role in reducing the stigma associated with cannabis and ensuring that as we transition from an era of prohibition and into an era of legal cannabis consumption, we do so in a way that has a positive impact on Canadians and Canadian communities.”