Despite strict rules limiting the promotion of now legal recreational marijuana now in effect, cannabis promotions continue to pop up amid loopholes and a lack of clarity on how the legislation's grey areas should be applied. 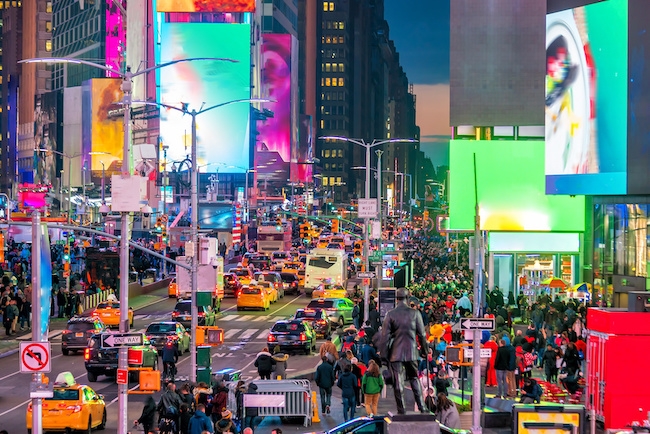 Nearly one month since legalization, there is disagreement in the sector on murky portions of the Cannabis Act governing marketing, with some licensed producers taking a more aggressive approach and others holding back.

“The fact that you aren’t seeing that an overwhelming wave yet of those kinds of tactics, to me, demonstrates that there is still uncertainty,” said Rebecca Brown, founder of Crowns Agency, a Toronto-based marketing consultancy focused on the marijuana industry.

Canada legalized cannabis for recreational use on Oct. 17, when strict guidelines governing the plant’s promotion came into force.

The blitz of cannabis industry billboards, sponsored concerts and pop-up information kiosks seen ahead of legalization have abated, but marijuana brands can be seen on taxi cabs or on social media – which may or may not run afoul of the law depending on interpretation.

The Cannabis Act prohibits promotion of cannabis to young people and ads in places where it can be seen by those under the age of 18.

Also barred is the use of endorsements or a depiction of a person, character or animal or marketing which presents “a way of life such as one that includes glamour, recreation, excitement, vitality, risk or daring.”

Some companies have run afoul of this particular clause in the Act, Health Canada says.

Since legalization, the health agency has reached out to seven regulated parties “to promote an understanding of the new prohibitions relating to the promotion of cannabis… and to bring specific concerns to their attention,” said agency spokesman Eric Morissette.

All regulated parties contacted have addressed, or are in the process of, addressing the issues raised, Health Canada added.

The government agency would not detail what portions of the Act were violated, but did say “for example” it raised concerns about “promotion using the depiction of persons and promotions that present a product or brand that associates it with a particular way of life, such as a glamorous or recreational lifestyle.”

Health Canada said it would not identify the parties involved “provided that they have acted in good faith and taken the necessary corrective measures.”

Still, government guidelines on pot promotion also has several exceptions and clauses which, some say, are open to interpretation.

One exception allows for promotion using a “brand element” on a “thing that is not cannabis or a cannabis accessory,” if that thing isn’t associated with young persons or “vitality.”

To some, this means ads with just a brand name or logo and a website may be allowable on things such as billboards, said Brown.

“If you are reading the act plainly or literally, that should be allowed… There are certainly LPs that do feel uncomfortable with that.”

Earlier this month, a cannabis ad was seen on a taxicab in Toronto with its brand name and the tagline: “Buds don’t travel high. Drive safely.”

The Canadian Marketing Association’s cannabis marketing activities guide says advertising solely with a brand element, without appealing to young people or suggesting a glamorous lifestyle may be allowed, but “proceed with caution and consult legal counsel.”

Postmedia announced earlier this month that it would stop delivering print editions to schools for fear that sending the papers containing ads directly to students would violate the law. The last newspaper delivery to schools was on Oct. 31, but papers can still be delivered to homes if directly to people over the age of 18, Gelfand said in an email.

When asked whether ads with simply a brand element and a website in a newspaper would be considered compliant, Health Canada said it could not comment on a specific situation.

“Newspapers available to the public should not generally contain any promotional material, including advertising, related to cannabis,” said Health Canada spokeswoman Maryse Durette, noting that any promotion related to pot can only be in a publication that is addressed and sent to someone 18 years of age or older.

The exemption was likely designed for things such as T-shirts and hats but more clarity from Health Canada is needed, said Trina Fraser, an Ottawa-based lawyer who advises the cannabis industry.

“Certainly, I don’t think it was intended to provide essentially for mass brand promotion through conventional advertising means, even though, again, I think at most it would be limited to the actual logo or brand name,” said Fraser.

Nick Dean, chief executive of Emblem Cannabis, said the pot producer won’t be running ads on billboards on highways or in newspapers but will look to leverage social media influencers, he said.

“There’s lots of opportunities for us to still be creative in how we market these brands, post-legalization,” Dean said.

Other exceptions include ads in age-gated areas where young people are not permitted.

Canopy Growth Corp.’s marketing campaign utilized billboards, concerts and informational kiosks but promotions stopped on the night of Oct. 16, said its co-chief executive Bruce Linton on a recent analyst call. Now, the licensed producer is using ads in age-gated areas, such as posters in bar bathrooms, he said.

“We did not receive a letter from Health Canada to say that we were not in compliance,” Linton said.

Another exception is in the digital realm where “reasonable steps” must be taken to ensure it cannot be accessed by non-adults. However, it is unclear whether a social media page with a description asking that its followers be adults is a “reasonable step,” the CMA said in its guide.

Yet, many cannabis companies continue to post on Instagram, with the phrase “By following, you confirm that you are 19+” on their accounts.

“We don’t know what they were about, who they were sent to or what the basis for the objection that Health Canada took in the letter was… That is limiting us all as an industry from learning and growing.”

– with files from Nicole Thompson