Features Production
Marijuana stem: there’s an app for that

VANCOUVER – Licensed marijuana producers in Canada are throwing out thousands of kilograms of plant waste each year in what some of them say is a missed opportunity to find other uses for the byproduct. 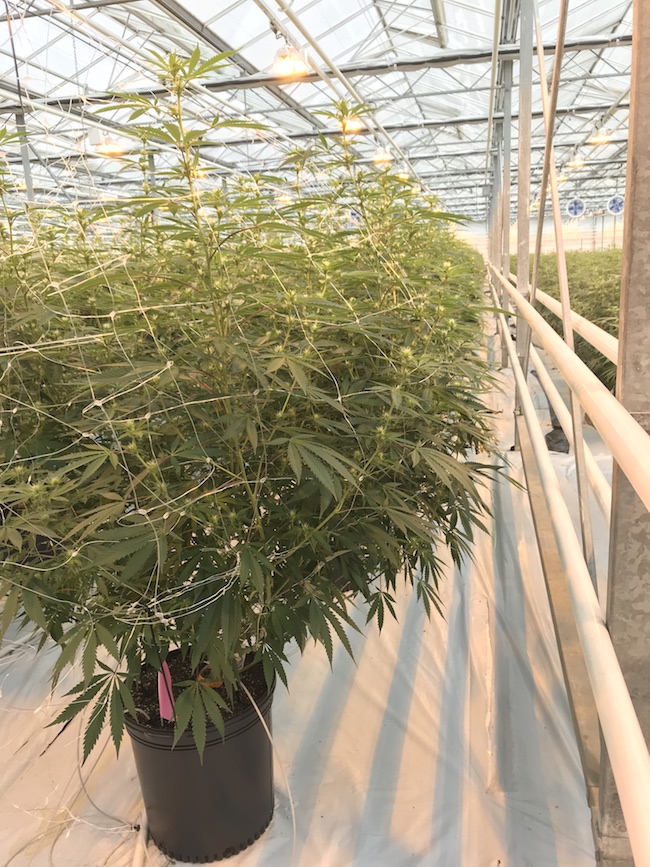 Health Canada’s destruction policy for producers makes it impossible to benefit or learn from the potentially valuable waste product, said Terry Lake, the vice-president of corporate social responsibility at Hydropothecary, a licensed producer in Gatineau, Que.

“We’re growing like 3,000 kilograms to a 108,000 thousand kilograms each year, that’s an awful lot of waste,” said Lake, who is a former health minister in British Columbia.

Lake said almost half of everything Hydropothecary grows is tossed into the compost bin.

Like its cousin the hemp plant, Lake said the stems of the marijuana plant could be used as fibre for a wealth of products like T-shirts, animal feed and housing siding.

Shawn McDougall, production manager at BlissCo, a licensed producer in Langley, B.C., said the company mixes leftover stalks, stems and leaves into its food waste compost, and must report the amount dumped to Health Canada.

“There is some great future potential stuff there, but we’re mandated by Health Canada to destroy and dispose,” said McDougall.

Lake said Hydropothecary has to undergo the same process.

No one from Health Canada was available for an interview.

McDougall and Lake said most of the plant material underneath the flowered buds, such as leaves, stems, and stalks, all have negligible amounts of THC, the active chemical ingredient found in marijuana plants.

McDougall said for years when marijuana was unregulated in California and Oregon personal growers would juice the leaves and stems of the plant, turning them into a beverage.

BlissCo CEO Damian Kettlewell said juicing is just one of the applications they would like to develop after legalization in Canada later this year, along with distilled marijuana resin, commonly known as shatter.

“We are in the process of doing research on edibles and on vape pens, and then we anticipate there will be other high concentrate and high THC products like shatter available as well,” said Kettlewell.

McDougall said none of the company’s plants are sprayed with pesticides.

While purchasing cannabis from a licensed dealer will become legal in the coming months, people waiting to buy legalized edibles and other products will have to wait longer.

Health Canada has said edibles and specific concentrates will be legalized no later than 12 months after the Cannabis Act comes into force.

Lake said Health Canada is likely overwhelmed with the pending marijuana legislative changes, but it is only a matter of time before the agency reverses its policies on the potential benefits to be found in byproducts from marijuana plants.

“I have every confidence that in the future they’ll look at how we can utilize what is now just a waste product into something that’s useful for Canadian society.”