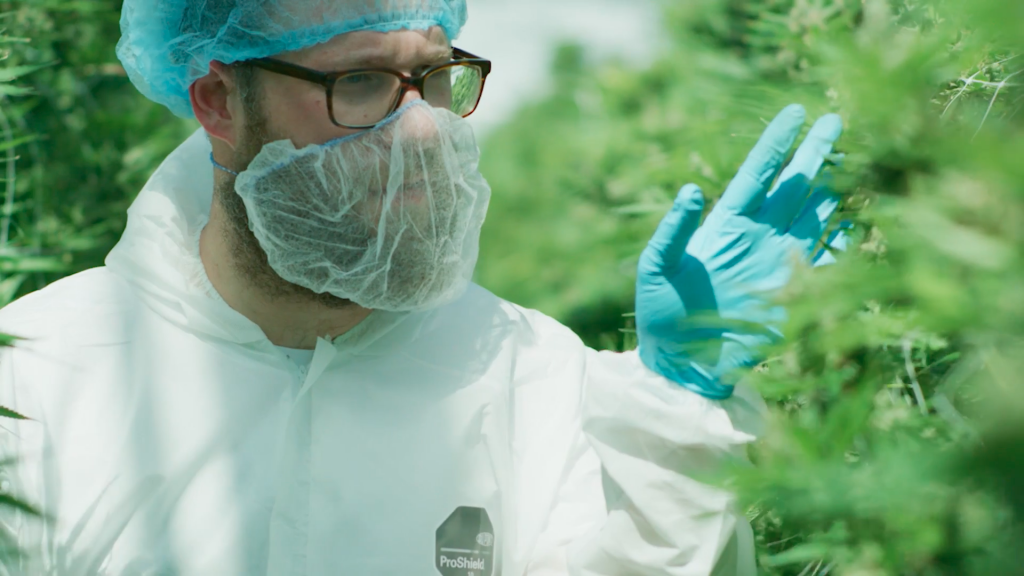 When actor Seth Rogen was growing up and smoking cannabis in Vancouver, he recalls there was a constant cloud of shame around the substance that still lingers.

“I smoke weed all day and every day and have for 20 years. For me, it’s like glasses or shoes. It’s something I need to navigate my life,” Rogen, the star of comedic hits like Superbad and Pineapple Express, told The Canadian Press over a video call on Oct. 22.

“People have tried to make me feel shame about it over the years or have tried to make me seem like I’m weak or stupid for integrating it so completely into my life, but I’m almost 40 now, I’m married, I have a good job and I have just found that none of the stigmas I was told to be true are true.”

And yet, despite recreational cannabis being legalized in Canada two years ago, the stigma persists and the country has yet to do all it can to reverse it, he said.

Rogen is determined to change that. He’s been pushing for the expungement of criminal records for cannabis crimes and – with childhood friend-turned-business-partner Evan Goldberg – bringing cannabis products to the masses, so using the substance can become as accepted as alcohol.

The duo just added a lemon-flavoured, cannabis-infused beverage to their line of Houseplant cannabis products made in partnership with Canopy Growth Corp. 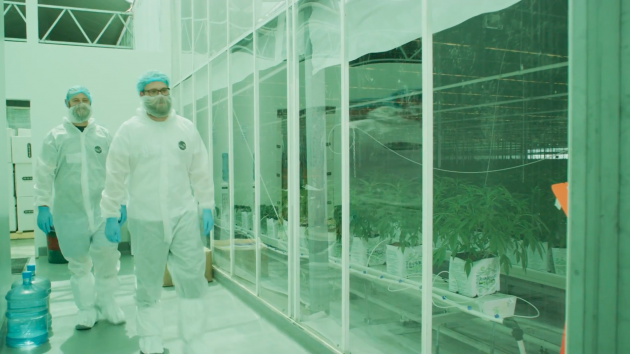 Their first beverage, released in May, was a grapefruit sparking water with 2.5 mg of sativa-dominant tetrahydrocannabinol, which has an uplifting impact on drinkers.

They went with lemon this time because consumers had been saying they wanted to try Houseplant products, but weren’t a fan of grapefruit. (The grapefruit drink still topped Ontario bestseller lists.)

“That’s why my proposed slogan for the lemon drink was for people who don’t like grapefruit,” Rogen joked.

The Houseplant drinks join a growing number of beverages on cannabis store shelves with the backing of brands as big as Anheuser-Busch InBev, Molson Canada and Tilray Inc.

The beverages have been making their debut since the start of the year when cannabis edibles were OK’d for sale in the country, making a wave of chocolates, teas and gummies available to consumers.

Goldberg doesn’t like that Houseplant drinks fall into the same category as those other products because the brand strives to be sugar-free and create items that aren’t going to make you feel bad or crash.

Houseplant would only wade into other categories of edibles if it could produce a healthier product than its competitors can, said Goldberg – a process he admits “will take a long time.”

He and Rogen say time will also be needed for Canada to address the illegal market.

Illicit sellers are still thriving and legal pot prices at the Ontario Cannabis Store only inched towards gaining ground in the fight against their illegal counterparts last month.

Rogen believes the Canadian government’s ways of dealing with the illegal market are “not incredibly helpful if their actual goal is to destroy the black market” because they’ve made it expensive and unenticing to go the legal route.

“There’s a reason that we don’t buy alcohol illegally anymore. It’s because no one has any incentive to sell illegally because they made it very easy to sell alcohol,” said Rogen. “The beer industry has been enabled to thrive in a way that the cannabis industry has not right now and until they are the same, the black market will continue to thrive.”

He and Goldberg would like to see a day when alcohol and cannabis products are treated equally, but for now they’ll celebrate some small wins like when Goldberg’s mom purchased a Houseplant drink last week and loved it.

“Coming from the person who used to scream at me for coming home stoned late at night was a real milestone for me,” said Goldberg, a director and producer, who has collaborated with Rogen on films like Knocked Up, This is the End and a forthcoming Teenage Mutant Ninja Turtles reboot.

He’d also like to see people replace their bar carts stocked with “bottles of poison” with an array of cannabis products, but knows that is unlikely to happen en masse soon.

Meanwhile, Rogen is waiting for the day that Houseplant products are as easy to obtain as beer.

“It’d be nice if they served it in bars. It also be nice if bars were open, so baby steps.”