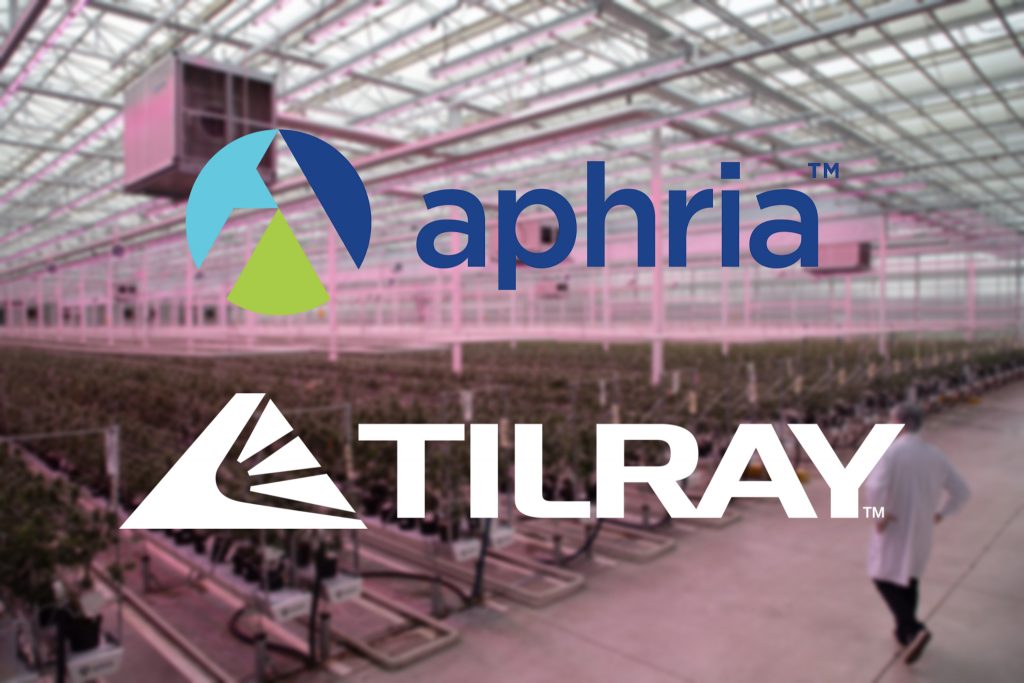 Two of Canada’s most prominent cannabis companies are combining in a blockbuster deal that will see the pair become the world’s largest pot firm based on revenue, and control the largest share of the country’s retail market.

Leamington, Ont.-based Aphria Inc. and Nanaimo-based Tilray Inc. said Wednesday that they will merge under the Tilray name – a move they say will help them unlock $100 million in savings and position them to dominate in the Canadian and U.S. markets.

Under the agreement, Aphria will receive 0.8381 shares of Tilray for each Aphria common share, while Tilray’s shareholders will see no adjustment to their holdings.

Once the deal is complete, Aphria’s shareholders will own about 62 per cent of the outstanding Tilray shares on a fully diluted basis.

Aphria chairman and chief executive Irwin Simon will lead the combined company, while Tilray’s Kennedy will sit on the new company’s nine-person board, alongside seven others from Aphria and one more person from Tilray.

The companies said the deal will give them a pro forma revenue of $874 million and see the new Tilray control more than 17 per cent of the retail cannabis market – the largest share held by any Canadian licensed producer.

“My objective is to get us at least a 30 plus share in Canada, which will get us to become a low cost producer, and will give us a lot of abilities elsewhere around the world,” Simon said.

Simon and Kenney believe the deal will unlock at least $100 million of annual pre-tax cost synergies within two years of closing.

“With the Canadian licensed producers, to find $100 million in synergies and savings is pretty difficult,” Simon said.

Most of the country’s largest cannabis companies, including rivals Aurora Cannabis Inc. and Canopy Growth Corp., have spent the year laying off thousands of workers, shuttering facilities and taking multimillion-dollar writedowns.

But Simon and Kennedy believe they will uncover synergies and savings in cultivation and production, cannabis and product purchasing and sales, marketing and corporate expenses.

Aphria’s Leamington operations will be able to provide additional supply for Tilray’s brands and replace the need for Tilray to use wholesale cannabis purchases from other licensed producers, they said.

Meanwhile, Tilray’s London, Ont., facility will provide Aphria with excess capacity to increase production of items like edibles and beverages.

The companies said Wednesday that they also have their sights on the U.S. Both licensed producers have separately secured deals earlier aimed at ramping up their foray into the cannabis-infused beverage market.

In 2018, Tilray entered a joint venture with Anheuser-Busch InBev (AB InBev) – through their respective subsidiaries High Park and Labatt Breweries Canada – to launch Fluent Beverage Company, in a bid to produce and commercialize non-alcoholic CBD-infused beverages in Canada.

Aphria, meanwhile, announced last month its acquisition of Sweet Water Brewing Company, one of the largest independent craft brewers in the U.S., in a deal that aims to strengthen the Canadian licensed producer’s U.S. market presence.

Earlier this year, Arizona, New Jersey, South Dakota, Mississippi and Montana voted in favour of legalizing recreational or medical cannabis through U.S. election ballot questions, which could pave their way for a more national legalization movement in the U.S.

“Legalization is going to come and who else is better prepared for it than us?” Simon said.

The new Tilray wants to position itself to take advantage of the market and will maintain offices in New York and Seattle, in addition to Toronto, Leamington, Vancouver Island, Portugal and Germany.

The boards of directors of both companies have unanimously approved the deal, which is expected to be completed in the second quarter of 2021.

– With files from Mari-Len De Guzman