As more countries jump on the legal cannabis bandwagon, the opportunities for Canadian cannabis producers to expand to global markets have never been bigger. This is the consensus among industry observers and emphasized at the opening session of the MJBizCon International conference, happening in Toronto this week. 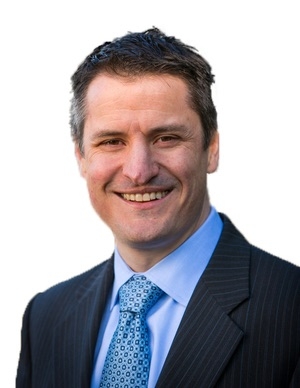 In his opening remarks, the founding editor and vice-president of Marijuana Business Daily, which hosts MJBizCon, estimated that the global market for cannabis sales this year alone will reach as high as $12 billion.

With regulators around the world looking to legalize cannabis – whether for medical or recreational use – comes demand for high-quality products, and Canadian cannabis producers are poised to meet the demand.

“In the end, trusted brands with a global supply chain and partnerships will win,” Walsh said.

While global expansion for cannabis producers seems like a lucrative proposition, Tilray’s top executive cautions venturing into international markets requires more than just pouring billions of dollars into it.

In 2016, Tilray became the first North American company to legally export medical cannabis to Europe. Since then at least half a dozen licensed producers have made a play for the international market.

More than 35 countries have legalized medical cannabis to date, according to Brendan Kennedy, CEO of Tilray. Taking a page from Tilray’s playbook, he said the company’s global strategy focuses on several factors, such as scale, global supply chains, brands and products, quality, credibility and innovation.

“We spend a significant amount of time on quality, so when we think about global partners this is something we consider,” Kennedy said.

Any global initiative should also be evaluated on how it will enhance the credibility of the company and how investors will view such deal, he added.

“We also look for partners who are experts at what they do,” the Tilray executive said.

Market due diligence is very important, he noted, saying he believes in placing “boots on the ground” when conducting due diligence as every market is unique. That means investing time and money travelling multiple times to foreign countries of interest talking to regulators, industry leaders and people with market knowledge.

“When entering foreign markets, it is equally important to evaluate and avoid risks,” Kennedy said. For example, establishing cultivation facilities in foreign markets has to make sense economically and strategically. Denmark and Germany, according to him, do not have an ideal climate for growing but Portugal does and the cost of cultivating and producing cannabis products in Portugal “is much less than in other countries.”