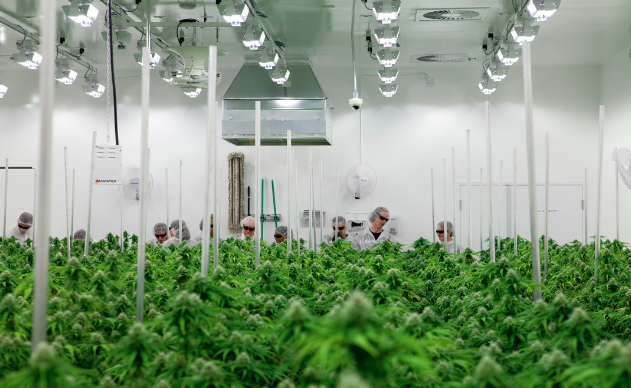 Aurora Cannabis is planning a major overhaul in its Business Transformation Plan.

According to its June 23 press release, the company has executed a 25 per cent reduction in Aurora’s selling, general and administrative (SG&A) staff. It’s also planning a 30 per cent cut of production staff over the next two quarters as it plans to close operations of five facilities.

These cuts come after the company reported more than $137.4 million in net losses in its third quarter. Co-founder and president Steve Dobler announced his retirement last week, while former CEO Terry Booth stepped down earlier this year. Booth also sold his 12.2 million shares in March.

“This has not simply been a cost cutting exercise,” said Interim CEO Michael Singer in a statement. “We have undertaken a strategic realignment of our operations to protect Aurora’s position as a leader in key global cannabinoid markets, most notably Canada. Both the Canadian facility rationalization and inventory revaluation are expected to improve gross margins and accelerate our ability to generate positive cash flow.”

The company is also looking to consolidate production and manufacturing at Aurora Sky and Aurora Polaris in Edmonton, Alta.; Aurora River in Exeter, Ont.; and Whistler Pemberton in B.C.

The Aurora Sun production facility in Medicine Hat, Alta. has been scaled back to six grow bays.

The company anticipates that staff layoffs will position the company to meet or exceed its SG&A cost target of $40-$45 million by Q4. Facility closures are expected to record production asset impairment charges of up to $60 million for Q4 2020. It also expects to record up to $140 million in carrying value of inventory.

Related
CannTrust board kept in dark on unlicensed grow room: Interim CEO
Quebec cannabis newcomer poised to start growing at massive facility
Tilray’s Q1 net loss widens amid layoffs and restructuring
Aurora Cannabis president is stepping down at the end of the month