VICTORIA – Canada is about to enter a new gold rush with many dreaming of striking it rich in the marijuana industry, says former British Columbia premier Mike Harcourt, who has staked his own claim in a medicinal marijuana company. 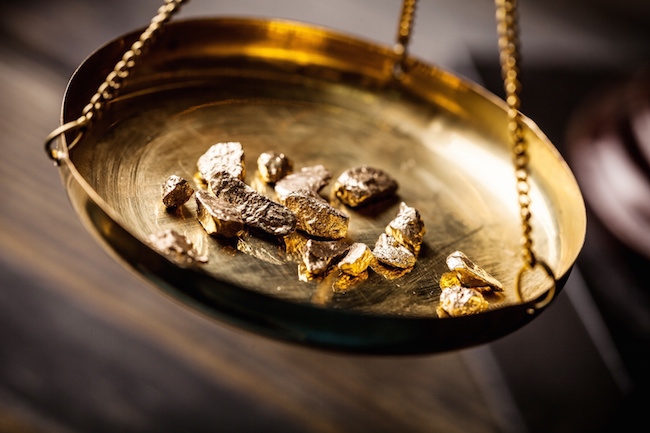 Former B.C. premier Mike Harcourt likens the growth in the marijuana industry to the gold rush in the 1800s

But Harcourt said there will be plenty of losers during the rush as qualified and unqualified entrepreneurs search for marijuana wealth.

Harcourt, 75, invoked the images of past gold-fever eras during a keynote address about marijuana therapy at the annual B.C. Pharmacy Association gathering in Victoria. He mentioned the once thriving B.C. gold-boom town of Barkerville and the Klondike gold rush that sent thousands of people to Yukon during the 1890s.

“We’re in for a wild ride for the next couple of years,” said Harcourt. “The shakedown is going to happen. There’s going to be winners and losers.”

Harcourt said professional groups like pharmacists, who have expertise in dispensing quality products, will be in the forefront of the marijuana industry once recreational pot use becomes legal.

“The issue of assuring quality control, every time, is going to be the key,” he said. “The key people in this industry are going to have to really lead the charge.”

Harcourt said the industry can’t ignore the reality that it will be competing with organized crime groups that have long-standing black market links to marijuana. He said cannabis is believed to be the largest agricultural crop in B.C., valued at $6 billion annually.

“That’s not going to go away quickly or easily,” said Harcourt.

In a 2016 report, the Cannabis Growers of Canada put the annual value of marijuana sales in B.C. at about $4 billion on the low end and up to $7 billion on the high end. A 2004 Fraser Institute report estimated the value of B.C.’s annual marijuana crop at $7.1 billion.

The former premier said he has become a backer of medicinal marijuana and is the board chairman at True Leaf Medicine Inc., located in B.C.’s north Okanagan. The company is building an indoor marijuana growing warehouse and research facility that covers more than 2,300 square metres.

“We’re going to develop medicinal cannabis products as scientifically as possible,” Harcourt said. “Getting high is not our focus. It’s get well.”

In 2002, Harcourt broke his neck in a six-metre fall off the deck at his Pender Island cottage. He went through a lengthy recovery, and still has some paralysis. While Harcourt regained much of his mobility, he continues to walk with a cane.

“I’m going to try and use medicinal cannabis and make myself a guinea pig in our own company to deal with pain management,” he said in an interview.

Harcourt was the mayor of Vancouver for six years before moving to provincial politics and served as premier from 1991 to 1996.

He is not the only former politician to support the marijuana industry. Former B.C. health minister Terry Lake and federal cabinet minister Julian Fantino, a one-time Toronto police chief, are now involved with medical marijuana companies.