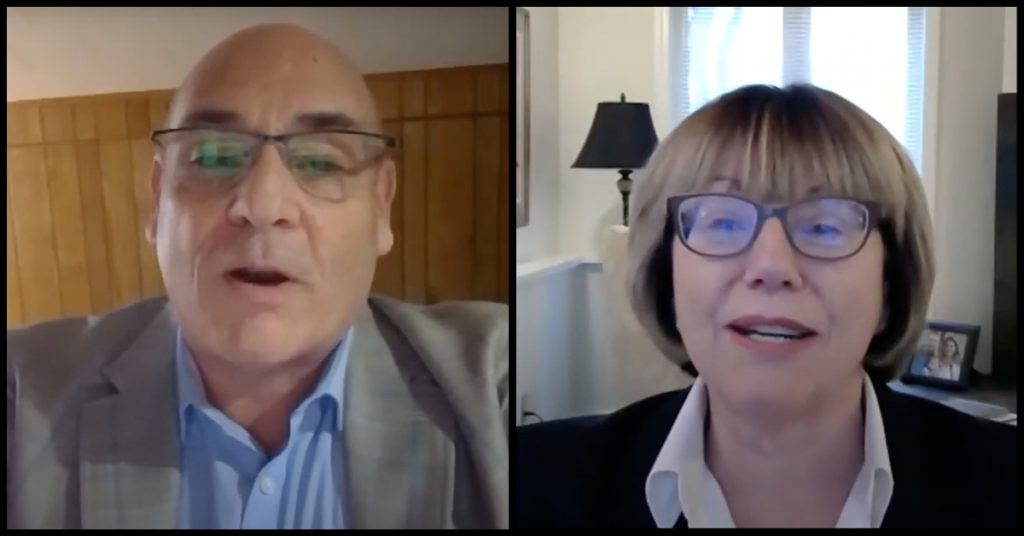 George Smitherman and Anne McLellan talk about how the cannabis industry has evolved since it was first enacted in October 2018.

McLellan talked with former Ontario deputy premier, George Smitherman, to reflect on Canada’s first two years building the legal cannabis market. Smitherman, who is now the president and CEO of advocacy group Cannabis Council of Canada (C3), hosted a virtual event on Oct. 16 to mark the enactment of the Canadian Cannabis Act, or Bill C-45, on Oct. 17, 2018.

During their chat, Smitherman asked if the cannabis excise tax could be something the government could review as part of its upcoming three-year regulatory review. McLellan acknowledged that price point was a topic discussed with everyone that the task force had consulted with in order to combat sales in the black market. However, she also acknowledged that the cannabis excise tax might not change any time soon.

“Honestly, I don’t know but I would be amazed if any level of government decided to reduce the taxes or fees,” said McLellan. “I don’t think governments will be in the business any time soon of reducing. In my view, why would they at this point? So all that to say, that your point is a good one.”

What could potentially be under review at the three-year mark is more opportunities for grey market entrepreneurs to transition into the legal industry.

“I think the stories are generally good from those in the grey market who come into the legal market but are there unreasonable barriers?” she said. “Some have been reduced but can we go further in getting them into the market because of their experience, their genetics, their love of the plant, as I heard over and over again.”

McLellan reiterates the task force’s initial intention of launching the legal market with strong regulations comes from lessons learned from other legal cannabis markets, like Colorado. It is easier to loosen restrictions based on learnings than it is to “take back what was already given,” she said.

McLellan said she hopes to see 80 per cent of the illegal cannabis market to be gone within the next decade.

About 76 per cent of Canadians are either in support or accepting of cannabis legalization, according to a survey conducted by Abacus Data. CEO David Coletto presented some of its basic findings of the company’s recent survey during the C3 webinar. He said that public support for the legal cannabis market has generally remained steady in the past two years but what stands out is that the percentage of Canadians in opposition is gradually diminishing.

“I think it’s important to note that more than double the number of Canadians strongly support legalization, than strongly oppose it,” said Coletto. “That’s a great indicator. I do a lot of work in a lot of other sectors and you often see those opposed being the most animated and the largest groups. In this case, it’s not.”

Abacus Data researchers interviewed about 2,000 Canadians over the age of 19 as part of their ongoing review of the public’s opinion on the cannabis industry. The full report will be released later this month.

Watch the full recording of the “Second Anniversary of Cannabis Legalization in Canada Panel,” hosted by the Cannabis Council of Canada on Oct. 16, 2020: