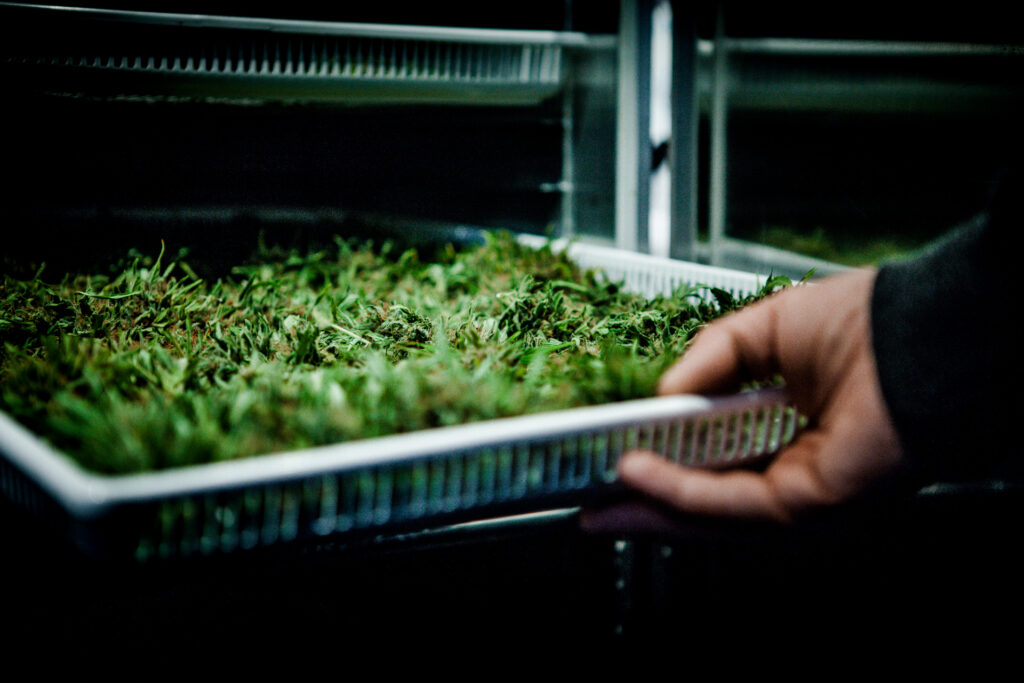 While completing his engineering training, Adam Clarke began designing ice rinks with world-renowned designer, Art Sutherland. This experience fast tracked his knowledge of custom design and refrigeration work, which eventually landed him designing the drying equipment for Tilray’s dry rooms in Nanaimo, B.C. — the third legal facility built in Canada. From age 20, Clarke also learned the cultivation side of the industry and went on to synergize the two disciplines under his current company, Stratus Designs.

GO: Tell us a little about Stratus Designs and your work history.

AC: Stratus is about four years old. Previously I had a consulting company I operated for eight or nine years. In 2015, when I was working for Accent Refrigeration in Victoria, B.C., we won the ASHRAE Category Five Public Assembly award, which basically means the most efficient recreation-style building in North America. This was awarded based on the ultra-efficient ammonia refrigeration design using only natural refrigerants.

GO: Are you focusing more on cannabis/hemp or other crops?

AC: I’ve begun transitioning more outside of the weed world and into food production and indoor farming. Prior to the last couple years, my focus would have been on indoor growing, which turned into more of an expertise in designing indoor extraction facilities. It seemed the growers were asking for less assistance than in extraction, which I always thought was interesting because the extraction environment is easier to design than the growing environment. I think some of the design flaws we’re seeing now is just a lack of communication between the growers and the engineers, which ended in flawed designs and too much money invested into building.

GO: What facility design recommendations do you have for other Canadian LPs?

AC: Don’t do the job if you think the grower is telling you the wrong information. These buildings are all different, but you always fall within a certain parameter when it comes to designing — there’s only so much water they can feed the plants; only so much temperature  and humidity they can handle — but I’ve found there’s never enough humidity at the beginning and there’s never enough dehumidification at the end. Often people aren’t willing to spend the money to achieve what they actually require. The biggest problem this industry has is people leaning towards commercial style solutions rather than industrial style solutions.

GO: What’s the difference between commercial and industrial style solutions?

AC: For example, the Molson brewery in Chilliwack is a new design with a low charge ammonia system and chilled water distribution throughout the entire building, which is super energy efficient and far less likely to break. Whereas the systems that have been implemented, even in some of my designs, are people wanting to save money by using smaller refrigeration compressors in each air handler. That gives you more points of failure and the facility energy consumption increases because running ammonia over freons is about 18 per cent more efficient.

It’s also a lot harder to implement facility automation control with many compressors. But on a 5-million-dollar mechanical setup, you might save a million dollars; so, people did it. Then they’re spending 20-30 per cent more on utility bills the rest of the time. The environmental footprint is substantially worse using cheaper equipment but air handling companies were pumping them because they were cheaper. I think the industry missed the mark – they really needed to learn more from food, beverage and pharmaceutical design.

GO: Do you think these systems are going to fail?

AC: They’ve already started. So now between three or four years of opening, they will have spent the differential of capital between energy and replacing broken equipment. The cost of producing cannabis should be driven down by the optimization of buildings; I think people are going to start running into problems. When I go into a building without proper HVAC, I can smell the mould almost from the moment I enter the building.

GO: Are you remediating issues now or building from scratch?

AC: It’s up to them. I tell clients we’re not acting as engineers; we’re acting as representatives of the owner and facilitating communication between the client and the engineers. Some clients want us to fix their buildings, they know it won’t be cheap, but that it’s going to pay for itself in six or 12 months.