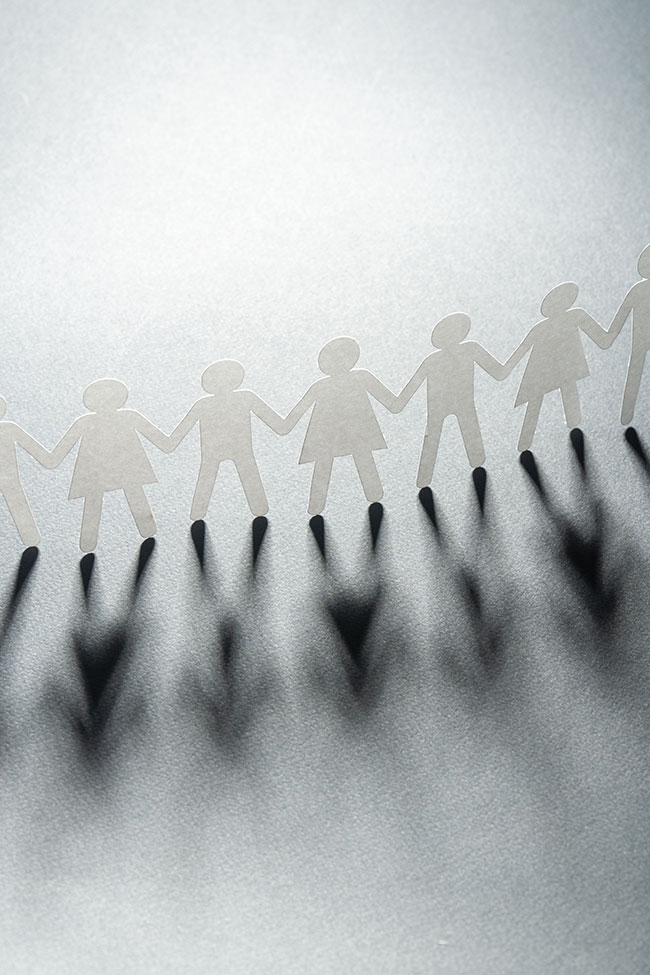 November 26, 2018, was a big day at the SQDC retail store in Rimouski, Quebec — and it might go down as a watershed moment for cannabis workers in general in this country.

That was the day that employees at the Rimouski location officially became represented by United Food and Commercial Workers (UFCW) Canada, one of the country’s largest trade unions. They were the first group of Canadian cannabis workers to become unionized after legalization. They wouldn’t be the last. A week later, employees at the SQDC store in Rosemont, Que. signed on with UFCW Canada, and then at the end of February, workers at the Mirabel SQDC joined, too. In March, 20 people from the Ontario Cannabis Store’s call centre also enlisted with the union.

Guillaume Lacasse is one of those workers at the Mirabel SQDC. He says that after talking with UFCW members from the Rosemont location, he knew it would be a good move for them to join as well.

“We, too, want to be at the bargaining table,” he says. “With UFCW, we know that our voice will be heard.”

UFCW Canada national representative Kevin Shimmin has been hearing something similar from production workers across the country, particularly in British Columbia, Alberta and Ontario. Although few production workers are believed to be unionized right now in Canada, UFCW is working on a number of campaigns at production facilities in those three provinces.

Issues
The big issues making unionization interesting to some of those workers are job security, wage discrepancies and health and safety, says Shimmin. “Health and safety is particularly huge. Everyone we’ve talked to in production has said it’s a big issue. And that means everything from a lack of emergency evacuation plans, to improper eye protection and really bad slips and falls not being properly addressed through workers’ compensation or WSIB.”

“The main reason why appears to be due to the dynamic, exciting and collaborative nature of the industry which breaks down the false divide of management and workers. Instead, there is a sense of one team building amazing companies as part of the most exciting and disruptive industry in the world,” she says.

If things south of the border are any indication though, those low unionization rates might not last.

A history of cannabis collectivism
While there are well over 10,000 unionized cannabis workers in the U.S. right now – many represented by UFCW – back in 2007, there were virtually none. That’s when the UFCW began targeting workers in California’s cannabis trade, where media reports of health and safety concerns, sexual harassment and low pay were not uncommon.

In 2011, the union launched a national cannabis organizing campaign that, in some ways, mirrors its current push in Canada. According to advocates, that campaign helped legitimize cannabis to some legislators across the country and eventually led to the National Labor Relations Board clarifying protections for cannabis workers (more on the relation of that to Canada in a minute).

Perhaps UFCW’s most important work, however, happened in 2014 in New York and 2015 in California, when it passed labour-peace agreements in those states. Essentially, these agreements say that management can’t stop workers from joining unions and unions won’t encourage strikes against the company.

These agreements also helped prevent cannabis workers from being fired without just cause, which is an immediate issue in Canada, says Shimmin. “What we’ve found in quite a number of production companies is that as the companies are going through rapid changes and growing so quickly that there’s often people being terminated without cause quite quickly. But as soon as you’re certified with a union, you have just cause protection.”

In New Brunswick, this issue was a big reason why the majority of employees at the Campbellton and Miramichi Cannabis NB retail locations signed cards with the New Brunswick Union (NBU) earlier this year. In January, about 60 workers were laid off just three months after stores opened across the province.

There is a low rate of unionization among workers at licensed producer facilities, according to the CCC.

But according to NBU president Susie Proulx-Daigle, “there’s no honest one-on-one discussion happening with employees to help them improve if they need improvement,” adding that the NBU has heard that “people are afraid to even say that they’re talking about a union.”

The other major issue that’s making unionization attractive to cannabis workers — and particularly those working in production — is wage discrepancies, says Shimmin. “People either not being paid enough, not getting a raise, or just wages all over the place where some people who have been there longer getting less than people who just started.”

Shimmin says that a lot of production workers in Canada make less than $20 per hour, but that at U.S. companies with collective agreements, many make a lot more. At Minnesota Medical Solutions, for instance, UFCW members make US$33-40 an hour as cultivators, while extractors earn US$32-37 dollars an hour. At Natural RX in Oregon, trimmers are guaranteed US$23-32 an hour, and cultivators are paid US$32-48 per hour.

Those hourly numbers don’t tell the whole tale, however, suggests Megan McCrae in that emailed statement. “The majority of cannabis workers – at all levels of production – tend to be part of employee stock and/or bonus plans, so a real sense of one team working together against the world is formed.”

And there are other perks, she adds. “By and large, legal cannabis companies, due to the nature of cannabis culture and our shared commitment to health and well being, offer additional supports to workers, be it health benefits, robust paid vacation, etc., which further reduces the desire of employees to unionize.”

The elephant in the Ontario grow room
In one province in Canada, however, the ability to unionize – and have a collective agreement enforced – has nothing to do with desire and everything to do with the law.

In Ontario, production employees who work with cannabis plants up to the point that those plants are cut down are considered agricultural workers. And agricultural workers are excluded from the Labour Relations Act. That means that while a union can represent them and demand that the company negotiate a collective agreement, there’s no enforcement mechanism to actually make the stipulations of that agreement a reality.

UFCW Canada is trying to change this, however. They’re currently part of a case involving MedReleaf that Shimmin believes will end up in the Supreme Court. “We’re basically saying that the exclusion of agriculture workers from the Labour Relations Act is against the charter, against the constitution.”

The UFCW does have experience in this area, by the way, though south of the border. When it launched its 2011 national campaign for cannabis workers in the U.S., it resulted in the U.S. National Labor Relations Board (NLRB) clarifying protections for cannabis workers. That came in 2013, on the heels of the UFCW’s backing of employees at medical marijuana distributor Wellness Connection Maine, where employees complained of health hazards and union-busting. During that dispute, the NLRB issued a memo stating that cannabis workers are protected by labour laws, which was believed to be a national first.

While UFCW Canada is hoping for a similar win for Ontario’s production workers, Shimmin says that for now they’ll have to resort to more creative ways to influence Ontario companies to negotiate with them, including public pressure campaigns.

Meanwhile, back in Quebec, some of the first cannabis workers to unionize after legalization in this country were preparing to strike in June. Workers at the SQDC store in Rosemont were asking for better salaries, paid holidays, and bonuses.

So, is Canada on the verge of seeing more labour actions like this one across the country? The jury’s still out.

“Legal cannabis is new and most companies have placed a high priority on recruiting the best available and compensate them accordingly. Like any industry, treating employees well tends to lower the need for unionization,” says the Cannabis Coundil of Canda’s Megan McCrae.

“It’s a sector that, from everything that I’ve seen, desperately needs it, especially because of the health and safety concerns. And at the same time, from a consumer perspective, I think it would be in a company’s best interest to say, ‘we have ethical production of cannabis, it’s unionized,’ to give yourself a leading edge over the competitors in some ways. So I am very hopeful.”

Jordan Whitehouse is a freelance writer based in Vancouver.