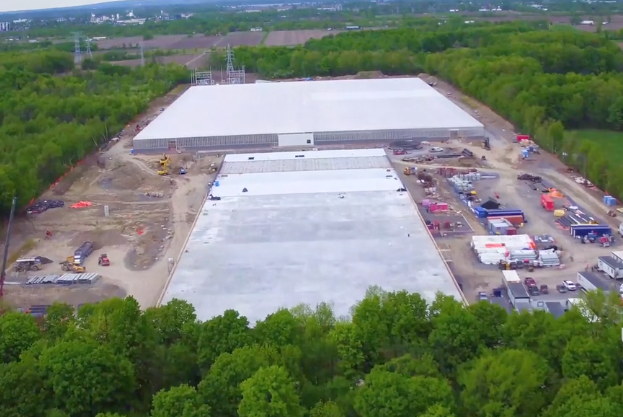 Neptune will extract and purify cannabinoids and terpenes from cannabis and hemp biomass received from TGOD. These extracts will be transformed into premium certified organic finished products, Neptune said.

Under the terms of the contract, TGOD will supply more than 230,000 kilograms of cannabis and hemp biomass to Neptune over a three-year period. “Volumes are expected to be back-end loaded with the first year accounting for approximately 20 per cent of the total volumes of the contract,” a statement from Neptune said.

Most of the active ingredients extracted at Neptune’s Sherbrooke, Que., facility will be transformed into value added delivery forms onsite. Neptune will manufacture, package and provide formulation assistance, as required, in multiple product verticals to be sold under TGOD’s brands. Neptune will also formulate and package for TGOD capsules using its Licaps technology licensed from Lonza.

Health Canada is expected to authorize the sale of new product forms, including vape pens and infused food and beverages beginning this fall.

“We are excited to work with TGOD, an innovation driven company focused on value added and differentiated products,” said Jim Hamilton, CEO of Neptune. “The ambitions of each company are well aligned and we look forward to collaborating with TGOD, supporting their growth with new product forms.”

In a statement, TGOD CEO Brian Athaide said the Neptune agreement is significant not only because it enables the cannabis producer to start manufacturing certified organic consumer wellness products at scale, but also “because of the large and sustained economic impact it will have in Quebec where TGOD is building the world’s largest organic cannabis production facility.”

TGOD will work closely with Neptune’s team to assist the extraction firm in obtaining its organic certification. To facilitate the certification process, Neptune will allocate a dedicated space to house and operate TGOD’s proprietary and/or licenced technologies. In addition, Neptune is in the process of achieving the EU-GMP certification, allowing TGOD to export products to other jurisdictions as laws and regulations permit, according to Neptune.

The first shipment of biomass from TGOD is expected to be received by Neptune in September 2019.