With the Canadian cannabis industry continuing to expand as legalization looms, the opportunities for women to get involved in this market is increasing as well, an advocate for gender diversity in the cannabis industry said. 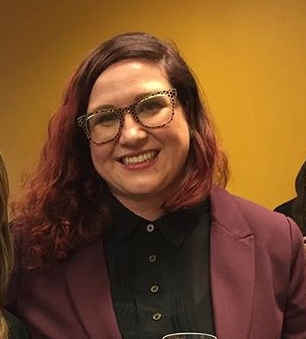 Lisa Campbell, a Cannabis activist and one of the founders of Women Grow’s Toronto chapter, says there is a huge gender diversity gap particularly among licensed producers of cannabis.

“Gender diversity is very much lacking in this space; even though if you look at some of the founders of cannabis culture, a lot of them are women,” Campbell told Grow Opportunity at a Women Grow networking event held in Toronto.

She points out that only five per cent of the board of directors at publicly traded companies in the cannabis industry are women – much lower than the national average of 12 per cent in all companies listed in the Toronto Stock Exchange.

Women Grow was first established in Denver, Colorado, in 2014 as a “for-profit” group creating programs and events aimed at helping women connect and succeed in the cannabis industry.

One of the biggest challenges for women entering the cannabis marketplace is stigma, according to Campbell.

“A lot of the women are mothers, so when you are a mother there is a double stigma for being involved in cannabis,” Campbell said. “It’s new, it’s not legal yet. It is legal for medical since 2001, but for a lot of women there’s a lot of stigma (with) coming out as a cannabis user as well as a cannabis entrepreneur.”

Founding Women Grow in Toronto was an important initiative for Campbell, who has long-advocated for drug policy reforms.

“Women Grow for me was really important to start to encourage other women in the space to be founders and to take leadership in the cannabis industry. Oftentimes in all industries, women are underpaid and overworked, so this was a chance for us to make space for women in the industry and raise awareness about the lack of diversity,” she said.

The impending legalization of recreational marijuana has created business opportunities for enterprising women and smaller entrepreneurs, Campbell said. Genetics, for one, has good potential, she added.

“If you have a really special strain that you’ve been growing lately in the medical program, the government has just announced that genetics will be able to cross over. That means that entrepreneurs that were kind of underground before… now have so many opportunities to share their skills,” Campbell said.

“There are so many ancillary services that the licensed producers, whether it’s product R&D or marketing their brand or actually selling it once the retail locations open up – we see opportunities for marketing and sales,” she added.

Antuanette Gomez, chairwoman of Women Grow Toronto, has been mentoring women who are in or want to enter the cannabis marketplace as a career or as an entrepreneur. She agrees that the opportunity for women to be involved with the industry has never been greater.

“All women should find where they’re really excelling at and bring it to the cannabis industry. We need their expertise and professional skills,” Gomez said. “Women Grow is to cultivate female entrepreneurs entering the cannabis industry. Inspire other women that we are allowed to sit at the table and that there are lots of opportunity for you.”