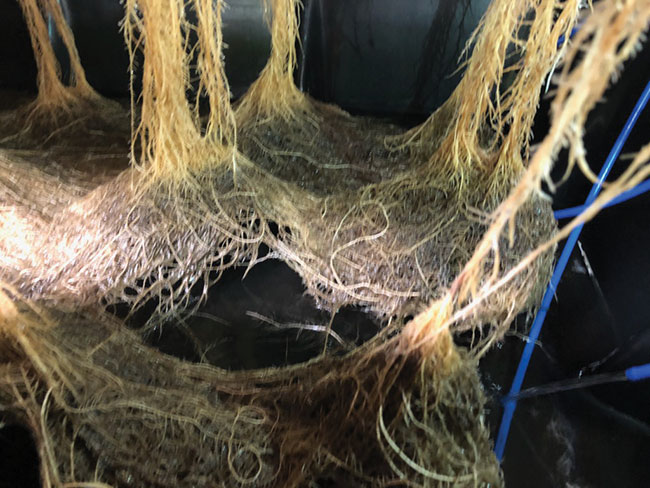 The fungus, Pythium has been described as a ‘hidden’ terror and ‘bully’ for cannabis growers. It is hidden because it is in the root zone, which are out of sight. Unlike foliage and buds which we see and check daily, roots are hidden, and that’s why growers should be familiar with the telltale signs of this fungus, which one can see in the upper parts of plants.

Getting to know the fungus
Root rot, damping off, Pythium wilt, Pythium blight, and basal stem rot are various descriptive names of this fungus. Pythium, is a ‘water mold’ fungus, meaning that it needs water to flourish. It produces spores, which can swim in water, and can thus move in the root zone freely and spread to different areas. Under less than ideal conditions, the fungus can produce tough spores, sporangia, which can stay dormant for a longer period of time. This also provides clues to the fact that water management is crucial in controlling this disease.

Root rot in cannabis can be inflicted by many different species of the fungus Pythium, both at cooler and warmer temperatures. Two Pythium species have specifically been reported by Punja and Rodriguez in 2018. They are Pythium dissotocum Drechsler and Pythium myriotylum Drechsler. Other Pythium species may also be present based on root zone temperature. Pythium ultimum can be more predominant under cold conditions, while Pythium aphanodermatum is more common under warmer temperatures. Pythium is stealthy and can attack any stage of the cannabis lifecycle.

Where can the fungus Pythium come from?
The fungus is widely present in field soil, dirt and dust, and water. The researchers have seen it detected from pond and dugout water supplies, especially this year when the water levels dropped and growers were pumping water from the bottom. It may also be present in many growing media. Seed contamination have also been documented. The fungus derived its food source from the root secretions (exudates) to grow and multiply. Pythium can spread very fast in recirculating systems and additionally, the fungus gnats which can grow on algae, can carry Pythium spores and mycelium from one area to the other.

Recognize the symptoms
As seen in Figure 1, this is the start of root rot in a hydroponic system. The roots, which are in stagnant water at the bottom, are turning brown. Oxygen level in that water was less than 3 parts per million (ppm).

In Figure 2, seedlings late in the vegetative state, start to show the first signs of wilted leaves. This grower is using field soil in cups with no drainage, causing water logged conditions and depleted oxygen levels.

Figure 3 displays mature crop close to bud harvest, which show leaf necrosis symptoms due to fungus Pythium. The fungus attacks root hair and thus water absorption is reduced. In this particular case, there were pH issues as well, which caused iron toxicity.

When looking to identify the Pythium symptoms, look for younger leaves turning small in size and a bluish tinge being developed, which is an indication of reduced water uptake. One other sign to look for is that plants wilt during the lighted period and recover during the dark period. A sharp eye and training of staff is required. Brown roots come later, once the fungus is well established and damage is done.

A simple test to confirm that the major factor in root rot is the fungus Pythium, is to take the brown root and hold it between your two fingers. Gently move the finger and the skin will come off, allowing one to see the inside root strand. The authors call is ‘slough off’ confirmation.

There are molecular diagnostic tests available where pathogen specific DNA can be detected. These tests are useful to check if there are other fungi like Fusarium, also present. Water and growing media can also be tested for this fungus. 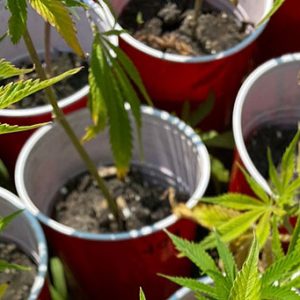 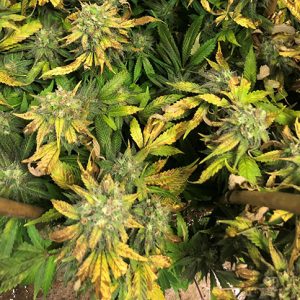 Factors that favour Pythium development
Pythium root rot is also referred to as water mold fungus. Prolonged exposure to overwatered conditions or lack of oxygen encourages the development of this fungus. Pythium thrives in warm (22 C or higher), wet conditions, particularly if the amount of dissolved oxygen (DO) is depleted.

Due to warm weather, the hydroponic system’s water temperature increases, resulting in the nutrient solution holding less oxygen. The warm nutrient solution can cause slowed root growth, eventually affecting the whole plant. DO concentration decreases also create a breeding ground for the development of this fungus.

In previous research studies, it has been well documented that DO levels below 4 ppm are the starting point for this fungus to grow and produce spores. At 2 ppm, the roots would turn brown and black.

Managing the disease
To effectively manage the Pythium rot in indoor or outdoor cannabis crops, it’s crucial to implement a holistic approach. Points to keep in mind, include:

Growers should use approved bio fungicides as preventive measures before the problem arises. As per different research studies, biological agents including bacteria (Enterobacter cloacae and Pseudomonas sp.), Rhizobacteria, and fungus (Trichoderma sp.) have been very effective in managing Pythium rot of cannabis. Such organisms will develop healthy symbiotic relationships with a plant’s roots, helping them absorb more nutrients to fuel faster and healthier growth, while also protecting them from pathogens.

Gagandeep Singh Bhatoa is a scientific writer in Regina, Sask. Email him at gaganagrico@gmail.com.