EVIO Inc., an American cannabis testing, research and development company for the regulated cannabis industry, has bought a 50% stake in Keystone Labs Inc., less than a month after launching EVIO Canada, to oversee northern operations. 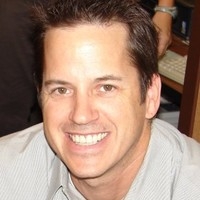 The company plans to have 18 of its state-of-the-art testing facilities by year-end 2018. They are transferring their proprietary method of testing to Canada which can be deployed to serve LPs across the nation.

“Their president Jordan MacDonald has the right passion, the right beliefs, and the right experience,” he said.

Many licensed producers, especially the big hitters, already have their own in-house testing and R&D, but Waldrop said he actually encourages clients to run some of their own operations, because his company’s job is to help them verify that their methods work.

“You need to find that right lab parter, a third-party confirming that your internal methods are sound, and that’s what’s good about Keystone having their GMP certification,” he said.

“It’s good to have a third party that can confirm what you’ve determined internally; that’s important from a consumer perspective and a shareholder perspective because they really need to be sure that the product is safe for consumption.”

Waldrop said he thinks the upcoming recreational rollout in Canada will require a whole new community of adopters of cannabis, and EVIO will help make sure that what they are consuming is exactly what was advertised.

A large step in securing that confidence and trust, is capitalizing on what people want or need.

“The first trend is ensuring homogeneity of products, determining the right delivery mechanisms whether its oral, suppository, transdermal, whatever it is – and making sure you’re getting accuracy and consistency in the dosing,” he said.

“The secondary trend is trying to find unique cannabinoids that are directly benefitting humans in the endocannabinoid system and addressing the specific symptoms that people are experiencing day-in and day-out.”

There’s a lot of subjective qualitative info out there, said Waldrop, but their goal is to get to the point where they get quantitative data, and Canada allows them to do that research that they cannot do in the US.