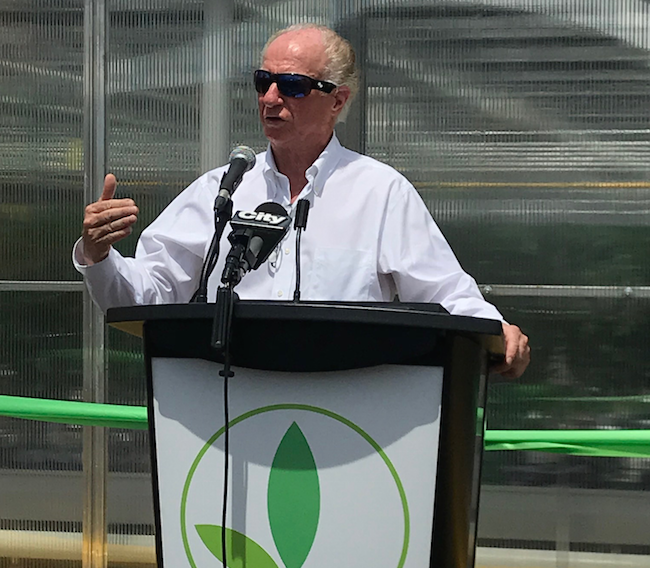 New reporting has revealed that top executives at CannTrust allegedly knew about the illegal growing activity happening at the licensed producer’s Pelham, Ont., facility as early as last November. If this is true, the company could be in much deeper trouble than previously assumed.

The chances of CannTrust coming out of this conundrum unscathed is getting slimmer by the day, and at least one legal expert thinks licence revocation is increasingly becoming a likely outcome for the Vaughan, Ont.-based company.

“We went from, ‘there’s no chance of them losing their licence entirely,’ to a 3 per cent or 5 per cent chance. And it’s going up every day,” comments Matt Maurer, vice-chair of the Cannabis Law Group at Toronto-based Torkin Manes LLP.

It does seem to get worse for CannTrust as the days go by. Earlier this month, Health Canada seized more than 5,000 kilograms of CannTrust products after it discovered the company has been growing in unlicensed rooms at its Pelham, Ont., facility. Then the company voluntarily placed on hold an additional 7,500 kilograms of products. Days later, a former employee of CannTrust told the Globe and Mail he was told to conceal the unlicensed plants in the photos submitted to Health Canada by putting up fake walls. CannTrust’s stock prices have been plummeting since and the suspension of sales weren’t helping the bottom-line, either.

And then, another Globe and Mail report revealed that top executives – chairman Eric Paul and CEO Peter Aceto – allegedly knew about the unlicensed activities months before Health Canada conducted the unannounced inspection.

This latest unravelling could be the worst yet for the embattled company. If the reporting is true, CannTrust’s leadership can no longer claim that the violation was a result of a mistake by an ignorant employee who should have known better. There is now the element of deceit that will probably weigh heavily on Health Canada’s decision about the future of the company – whatever that may be.

License suspension followed by a hefty fine now seems more lenient than the alternative of losing CannTrust’s licence altogether. But will Health Canada do it? It would not be the first time for the regulator, having revoked the licences of B.C.-based Agrima Botanicals Corp. recently. Another licensed producer in Manitoba, Bonify, is also at the cusp of potentially losing its licence for offences that are worse than what CannTrust is in trouble for. In February, Health Canada suspends Bonify’s licence for reportedly buying cannabis products from illegal sources and selling them.

As much as this serves as a lesson to other players in the cannabis industry that a legalized regime and all the economic advantages that come with it also come with a huge amount of responsibility and vigilance. The cannabis industry is currently operating in a high-stakes, fast-paced environment that it’s not always easy to keep compliance in check.

On the other hand, Health Canada has always been upfront about its mandate of taking a public health and safety approach when it comes to cannabis legalization. Operating under this mandate, however, it cannot also ignore the economic consequences of a federally legal cannabis industry.

The economic implications of revoking the licences of a huge company like CannTrust is likely to leave a dent in the industry – both from a regulatory and economic perspective. It will certainly make an example out of CannTrust, to serve as a lesson to others who may be knowingly in violation of the Cannabis Act to get their act together. The regulation and the penalties that come with it are here to stay.

Whatever Health Canada decides about the fate of CannTrust remains to be seen and will certainly become a precedent when determining penalties for future infringements, according to Maurer. There is currently no precedent in the cannabis industry that can provide an indication of the consequences of Cannabis Act violations – and this would be one for the history books.