Features Opinion
The legal world of cannabis: 2018 and beyond

If there was one word to describe the Canadian cannabis industry in 2017, it would be explosive. 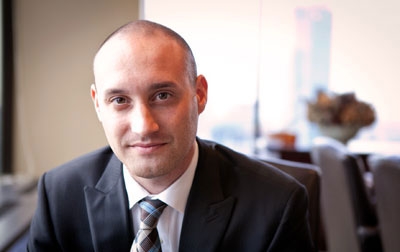 On the medical side, we saw registered medical patients under the Access to Cannabis for Medical Purposes Regulations (ACMPR) increase significantly, ultimately surpassing 200,000 people before the end of the year.

On the recreational side, we finally saw the Canadian Government in April 2017 make good on its election promise by tabling Bill C-45, the Cannabis Act, in the House of Commons. The legislation was quickly approved through the House and put in front of the Senate before the year was out.

If you are reading Grow Opportunity, you are probably also someone with more than superficial industry knowledge and ultimately aware, that under the Cannabis Act, all producers who are federally licensed to cultivate and sell cannabis under ACMPR in the medical regime will immediately be able to cultivate and sell in the recreational market when it opens later this year.

It is a poorly kept secret that our government is concerned about the ability of the market to ensure that supply meets demand when the recreational floodgates open. This is a legitimate concern. One has to look no further than south of the border to read stories of long line-ups and empty shelves in the early days of legalization in a variety of American states.

It should come as no surprise then, that in May 2017 on the heels of the Cannabis Act being introduced, Health Canada announced it was modifying the existing ACMPR licence application process by, among other things, making it easier for existing licensed producers to obtain licences for expansions and second sites. Health Canada also introduced changes to streamline the process and speed up review times for applicants in the queue. The ultimate purpose of these changes is to quickly increase the number of licensed producers, in order to help ensure that demand can be met come legalization of the recreational market.

The numbers do not lie: 38 producers were licensed between 2013 and 2016; and then 47 licences were handed out in 2017 alone. The granting of a new licence, which was once a rare and noteworthy event, quickly became relatively commonplace.

This trend is expected to continue into 2018.  There are still hundreds of applicants in the queue and some predict that the industry could see more than 200 licensed producers by the end of this year. Whether or not that figure is accurate is up for debate. What is undebatable, however, is that the number of new licenses will continue to rise sharply this year and beyond. It is unlikely there will be space for everyone who wants to become licensed.

Initially, it is likely that supply will outstrip demand and that producers will be able to sell as much as they can grow.  However, it is only a matter of time until the scales balance, or tip the other way, and prices start to fall. When Canadian cannabis becomes a commodity like it did in the U.S., the competitive pressure on producers will start to rise exponentially.

At the tail end of 2017, we saw the precursor of what is likely to be a wave of mergers and acquisitions within the industry.

Entities such as Canopy Growth Corp. began acquiring late-stage applicants and adding them to its stables. Canopy also took nearly a 25 per cent interest in existing producer TerrAscend Corp. just before the end of the year.

Aurora Cannabis appears to have reached an agreement to acquire CanniMed Ltd., in a deal waiting for regulatory approval, with a move to cement its status as one of the largest players in the industry. As a result, CanniMed had to end its planned merger with Newstrike Resources Ltd. (UP Cannabis Inc.), but the latter company showed its interest in consolidating to become a bigger market force.

These M&A examples illustrate three types of motivators that we will likely see drive consolidation over the next few years.

Some established producers have the desire to grow as big as reasonably possible in order to gain a competitive advantage in the domestic market and to solidify their position at the front of the global market before companies from other countries have the opportunity to participate in a meaningful way.

Certain producers who are already significant in size will desire to come together in order to ensure that they will remain competitive domestically.

A number of small producers, particularly newly licensed producers and late-stage applicants, will all be amenable to selling for a variety of reasons. Some may simply be looking to cash in after having completed the licensing process. Others may not have sufficient capital to execute on envisioned business plans after grinding through a longer than expected process to become licensed. And some may look at how the landscape has dramatically changed since they first started the process and question whether they can realistically be competitive on a long term basis.

Consolidation within the industry is inevitable. This process clearly ramped up in 2017 and it is reasonable to expect the process accelerate in 2018. As such, the more interesting question is not when will consolidation begin, but rather who will it impact before 2018 is over.